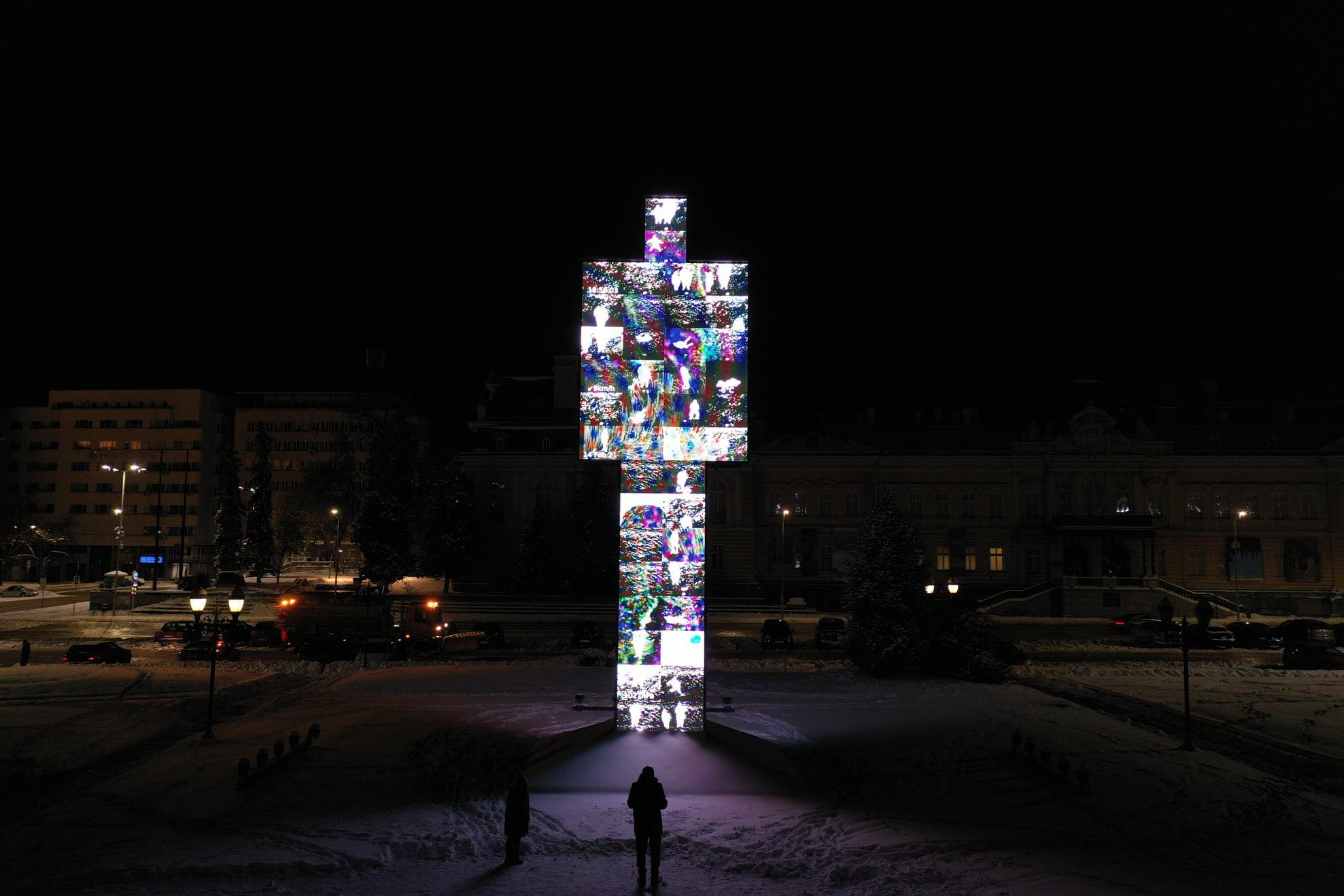 One Person — the Collective Image of Bulgarian Society

At the end of October, a 12-meter-tall “One Man” was raised on the site of communist leader Georgi Dimitrov’s former mausoleum, surrounded by the City Garden, the National Art Gallery and the Council of Ministers.

The installation, which is an anthropomorphic figure with double-sided LED screens, is a digital art installation by Venelin Shurelov – a well-known name for those who are excited about the art scene in our country – artist, set designer, teacher, curator and organizer of the DA festival, engaged with the themes of human fears and the place of technological change in our lives. 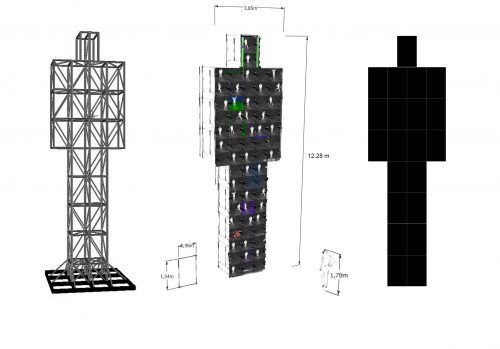 The figure that inhabits the public space is not a specific historical figure, but a collection of a constantly updated set of passers-by or deliberate visitors.

The electronic body combines video magnifiers from CCTV cameras located around it, generative visualizations and text.
The 12-meter construction, which resembles a human figure, is covered with over 40 LED displays. They broadcast dynamic visual content generated by a specially designed computer algorithm that enables the operation of this system and allows the installation to analyze information, data and interpret it all in a homogeneous visual picture. 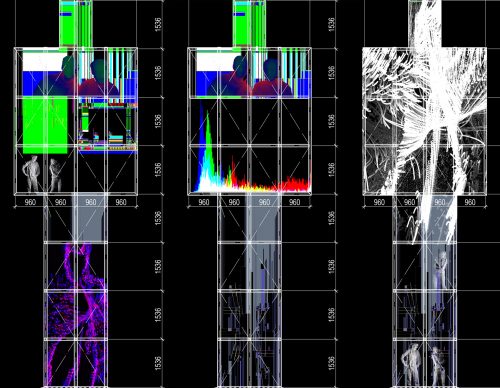 The author Venelin Shurelov stated that he wants “One Person” to be accepted by the people and the interest in him to not diminish. Ever since the One Person installation was launched, he has been gaining an identity, to superimpose on the technological facility content that will be submitted by all of us as residents of this city.

Perhaps the most controversial aspect of the project is related to its most fundamental feature – the place of its exposure. The installation is located on the place where before its destruction in 1999 was the Mausoleum of Georgi Dimitrov – a long-standing symbol of socialist power in our country.

The idea is to present important topics such as the rhythm of modern life, technology, such as changes in society that occur in the era in which we live, “said Deputy Mayor for Culture in Sofia Municipality Todor Chobanov. Asked what is happening with the transformation of the dungeons under the former mausoleum into a gallery, he commented that sooner or later this idea will be realized and they are ready to start designing. “There will be an underground gallery,” he assured.

“One person” invites everyone to send images and videos (up to 30 seconds) throughout the period of preparation and implementation of the project, which can be included in the installation. Materials can be sent to subprodukt@gmail.com, for “One person”, according to the municipality. The “One person” installation will rise against the former palace by the end of 2021.

Here’s live footage of the art installation One Person: https://oneperson.bg.live/en/index.html