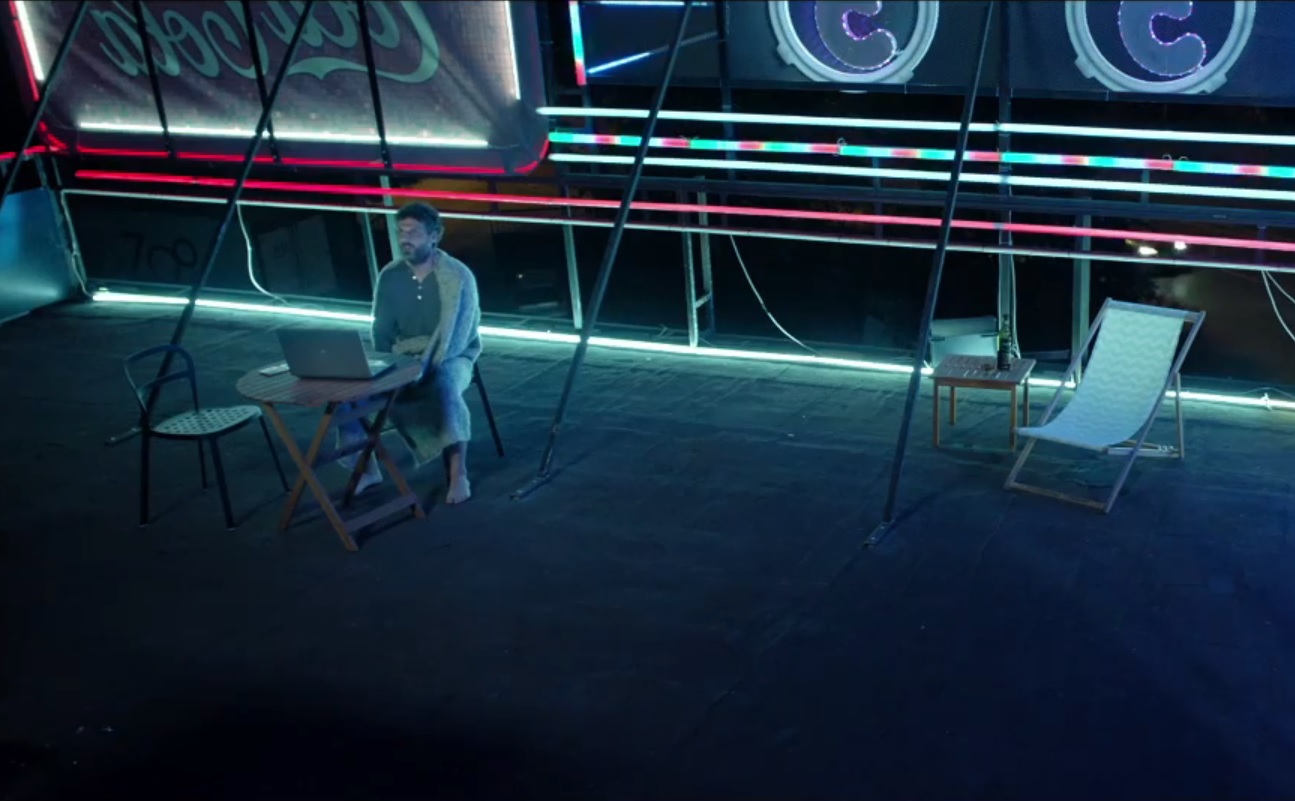 A writer and advertising agency executive decides to solve a problem by putting a camera in his parent’s home after a petty theft. His father has health issues and the large number of people having access to the apartment, like the nursing staff as well as cleaners, make this idea sound like the perfect solution. The plan is successful and soon the camera surveillance expands to his own home and office where he starts monitoring his family and employees. At first, it is fun to peek into the lives of people when they are alone or have private conversations. However, even if initially he had good intentions soon this changes and he starts to abuse this power and even become addicted. All this leads to his ultimate self-destruction taking his closest people down with him.

It is like a Black Mirror episode in the context of Sofia’s advertising bubble and has a somewhat romantic feel of post-transition Bulgaria.

Djevelekov has shown before that he has an interest in how technology impacts society and how it affects human relations in his exploration of dating websites in Love.net (2011). Perhaps it was the first Bulgarian film that meddled in the topic of Internet culture and how it alters contemporary life. It is questionable how authentic and true to real life were the situations characters found themselves in but the film’s role in the history of Bulgarian cinema should not be undermined. Perhaps, there were some independent productions and short films on similar topics before or around the time of the release that had more depth and vision but their audience remains extremely limited.

Omnipresent builds on Djevelekov and his team’s experience, technical opportunities and equipment are much better several years later and this all contributes to an upgrade in quality. It is also a step forward into deeper understanding of the mind of the contemporary Bulgarian. Yes it is not your typical average guy we are talking about. The main character Emil runs a successful ad agency and is a writer. He is an influencer (yes that word), there are many people that might not be fond of him but want to be in his shoes and have that status. This I believe connects to another major theme present in the film that makes it stand out compared to other recent productions that came out of Bulgaria. Life in Sofia is portrayed in a new and modern way and what I mean by this is that Djevelekov avoids the repeating topics of the transition period from Communism to Democracy, corruption, thugs and general misery and sadness, sense of despair that oozes out of most films from the past 20-30 years. (Perfect example in my opinion is Directions, 2017, undeniably the night footage of Sofia from the perspective of a taxi cab is of outstanding merit. However, everything else is a dark cluster of more of the same Bulgarian cinema pathos, it even seems forced and unrealistic.)

It is true that many of the same problems with moral relations between people persist but very few dare to explore the new struggles of the 21th century. This is exactly what we see in Djevelekov’s latest and it is a film for the wide audience, it is not trying to be something more than it is, and I say that because very often local filmmakers clutch to the opportunity to create a masterpiece and anything less than profound groundbreaking genius is not acceptable. Well it turns out going ahead with a simple idea executed well is all I want from popular cinema in Bulgaria.