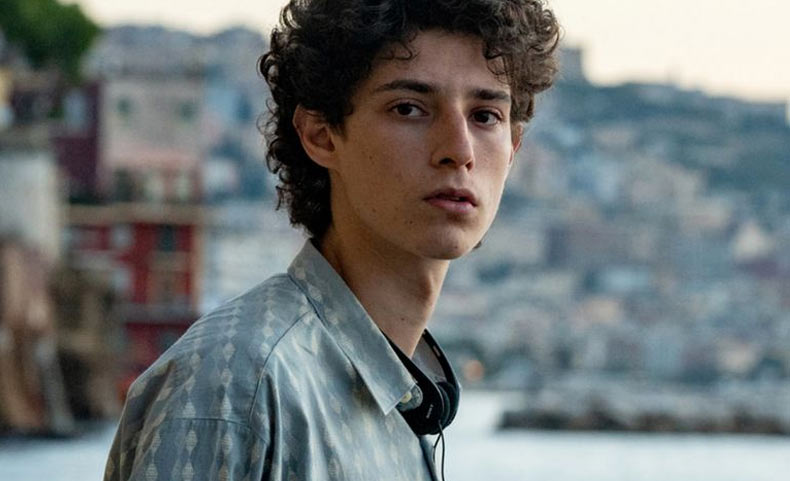 The first trailer of Paolo Sorrentino’s new film “The Hand Of God” could have been even shorter – however, we would have been just as sure that a new wonderful surprise awaits us from the skilled Italian master. With his works, Sorrentino deserves this definition – “master” and with each subsequent project proves that he is not afraid to experiment with themes, as in “The Hand Of God” he tells a very personal, semi-autobiographical story. The action takes us to the director’s hometown – Naples, a few decades ago, and the young Filippo Scotti, engaged for the lead role, is remarkably reminiscent of Sorrentino himself.

Literally, a few days later, the 78th edition of the world’s oldest film festival begins, and Sorrentino will present “The Hand Of God” in the official competition, competing with dozens of directors and remarkable new films for the super-prestigious Golden Lion. This is a serious success for Netflix, who can expect that the work will attract the attention of filmmakers and will be considered a contender for many international awards. Here is the official synopsis of the film:

Oscar-winning screenwriter and director Paolo Sorrentino (“The Great Beauty”) tells the story of a young man in the 1980s in Naples, Italy – about his broken heart and the sense of freedom that overwhelms him. “The Hand Of God” follows Fabio Schiza, a strange teenager whose life and lively, eccentric family are suddenly turned upside down – first by the inspiring arrival of football legend Diego Maradona and then by a sudden incident that Maradovana unwillingly rescues Fabio and thus predetermines to some extent his future… Sorrentino returns to his hometown to tell his most personal story, which involves fate and family, sports and cinema, love and the inevitable loss…

As in five of Sorrentino’s films so far, including his debut “One Man Up”, here again one of the roles is entrusted to Tony Servillo (the other joint projects are “Consequences Of Love” 2004, “Il Divo” 2007, ” The Great Beauty ”2013 and“ They ”from 2018). We have already mentioned the charming young Filippo Scotti, and the other names in the cast are Teresa Saponanello, Louisa Ranieri, Marlon Joubert, Renato Carpentieri, Massimiliano Gallo, Betty Pedrazzi, Biagio Manna and Caro Capano.

In anticipation of seeing how Maradona’s great goal from the 1986 World Cup affects the young Italian’s drive for creativity, we will have to be patient until mid-December. Netflix promises that “The Hand Of God” will appear on the big screen in select US theaters in early December, and two weeks later all subscribers of the streaming giant will be able to see the movie online. If Sorrentino wins the Golden Lion, it will be a great success for Italian cinema and a very definite response to the Cannes provocation with the choice of the Titane this summer.