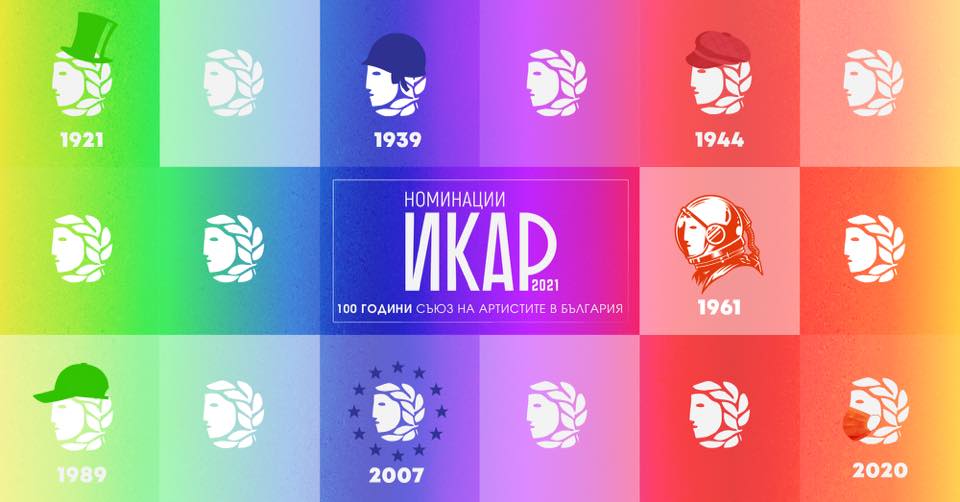 The Board of Directors of the Union of Artists voted for the award of one of the most beloved Bulgarian actresses in early February. The award was to be announced along with the nominations in all categories on Saturday, March 27, at 10 a.m., during the official press conference. Due to the tragic news the honorary award will be presented posthumously.

Traditionally, the prestigious awards in the field of performing arts have been awarded since 1974 on Theater Day, but for the second year the awards ceremony will be postponed and it will not take place on March 27 due to the pandemic.

All nominated performances will be programmed within the 17th edition of the Sofia Theater Hall, which is part of the Calendar of Cultural Events of the Sofia Municipality for 2021, as well as the National Cultural Calendar.

The official award ceremony is scheduled for May 11, 2021 and will be traditionally held at the Ivan Vazov National Theater. Like every year, this ceremony will be broadcast by the Bulgarian National Television.

This year, according to the anti-epidemic measures, the press conference at which this year’s nominees were  announced was broadcast via online streaming on the Facebook page of the IKAR Awards: https://www.facebook.com/icarusawards

The commission that determined the nominations for the best achievements in the field of puppetry is composed of: Nikola Vandov – theater critic, Maya Bezhanska – actress, Petya Karadjova – set designer.

BORYANA MANOILOVA for Yuzu in “Serotonin” based on the novel by Michel Welbeck, directed by Chris Sharkov, co-production of “Exodus Art” and Azaryan Theater, National Palace of Culture

IRINI JAMBONAS for Martha in “Who’s Afraid of Virginia Woolf” by Edward Albee, directed by Stoyan Radev, Small City Theater “Behind the Canal”

KRASIMIRA KUZMANOVA-KOKRAN for the Educational in “The Humiliated. Belarus ”by Andrey Kureychik, directed by Yavor Gardev, Drama and Puppet Theater“ Ivan Radoev ”- Pleven

RADENA VALKANOVA for her role in “Capital (by) a mistake” by Yodion von Horvat, directed by Ivan Panteleev, Ivan Vazov National Theater

VASILENA RADEVA for “Body thrown at an angle to the horizon” based on the book “The Year of the Eight Chemistry” by Petya Nakova, production of “Panic Button Theater” in partnership with Concept Studio, Azaryan Theater, National Palace of Culture

ILIYANA KANCHEVA for “Serotonin” based on the novel by Michel Welbeck, directed by Chris Sharkov, co-production of “Exodus Art” and Azaryan Theater, National Palace of Culture

DRAMATURGIC TEXT selected by the Guild of Theater Scholars, Critics and Playwrights

“THE SEA AFTER YOU” by Yana Borisova

CRITICAL TEXT selected by the Guild of Theater Scholars, Critics and Playwrights

IVAN GARBACHEV for the music in “The Puppy Who Couldn’t Bark” by Gianni Rodari, directed by Veselin Boydev, State Puppet Theater – Plovdiv

LYUBOMIR ZHELEV for his roles in “The Deer King” by Carlo Gotzi, directed by Biserka Kolevska, State Puppet Theater – Sliven

PETAR PASHOV for directing “Piano on the Moon” based on motifs by Valeri Petrov, Atelier 313 Theater

PUPPET PERFORMANCE selected by the Guild of Artists in Puppetry

“PIANO ON THE MOON” based on motifs by Valeri Petrov, screenplay and direction by Petar Pashov, Atelier 313 Theater

VILI KOZHUHAROVA for achievements in the field of rubber acrobatics

MARION DAROVA for Wo Man, DNA, National Palace of Culture

DUPLICATION selected by the Guild of actors working in dubbing

IVAYLO VELCHEV for Oktay in Meryem

IVAN VELCHEV for Vlad, Cesar and Petre in “Vlad”

awarded to GIULIO MALEVOLTI for his contribution to the development of Bulgarian, European and world acrobatics

IKAR 2021 AWARD FOR HONOR AND DIGNITY AWARDED TO LYUBOMIR BACHVAROV

IKAR AWARD 2021 FOR EXCLUSIVE CONTRIBUTION TO MUSIC, Broadcast to the Guild of Music Artists is awarded to MIHAIL BELCHEV