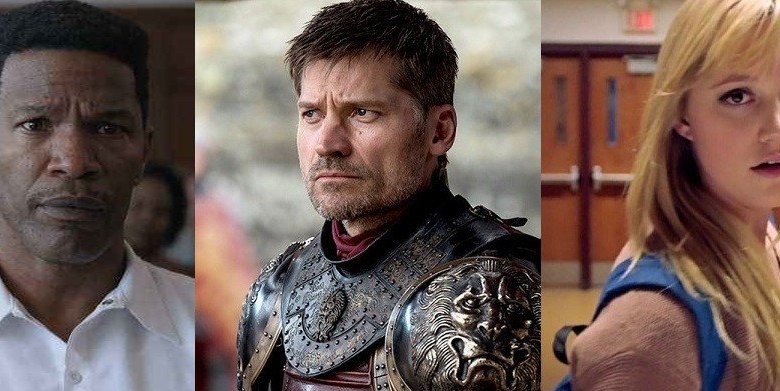 Usually, we are quite happy to share news about upcoming movies, which seem to be arranged in great order, team and story come together in a perfect combination to delight moviegoers. This is not exactly the case today. Today we will tell you about an upcoming project, which, frankly, we have no idea how it is supposed to connect, how it originated as an idea and most of all, what will come out of it.

It’s God Is A Bullet, a film adaptation of the 1999 novel of the same name by Boston Theron, tells the story of Officer Bob Hightower, who finds his ex-wife murdered and his daughter abducted by a religious sect. The detective leaves the police, gets tattooed all over, and devises a plan to join the sect to get his daughter out and avenge his wife, which he achieves with the help of the sect’s only runaway victim, former drug addict Case.

The plot sounds promising, definitely leaning towards an entertaining action thriller from the 90s, rather than a serious drama, but there is enough space in our hearts for this type of film as well. Besides, we also like the cast. The role of the detective will be taken over by  Nikolaj Coster-Waldau (best known as Jamie Lannister from GoT); Maika Monroe (It Follows, The Guest) will play the fugitive Case, and Jamie Foxx will take on the very important role of “The Boatman,” who we can’t imagine could be other than the sect leader. Jenny Jones and Andrew Dyce Clay are also part of the cast.

Overall, we have an interesting and talented cast and an interesting story that suggests an exciting and entertaining film. What is our problem then? Mostly strange is the decision to lead this film by Nick Cassavetes, director of The Notebook, The Other Woman and My Sister’s Keeper. True, he’s the director of Alpha Dog which bears a resemblance to the story of God Is A Bullet (if not as a plot, then as a theme), but so far Cassavetes has directed relatively few films, most of the aforementioned emotionally manipulative dramas, some below average comedies and dramas and the thriller John Q with Denzel Washington, which received bad reviews when it came out 19 years ago.

We certainly don’t know what will come out of this idea, but there is no denying that we have a morbid curiosity. It is quite likely that we will end up with some carefree flick instead of innovative and exciting action.

The plans are for the shooting of God Is A Bullet to start on May 24 this year.

Newer PostKinomania Film Festival in Sofia to Show Films with Sean Connery and Michel Piccoli
Older Post Presentation of Film Psychoanalysis. The Unconscious in Cinema – Cinema in the Unconscious by Andreas Hamburger