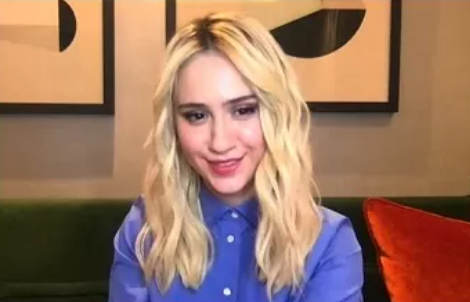 New Role for Maria Bakalova in a Film with Pedro Pascal

It’s a comedy about the pandemic by renowned director and producer Judd Apatow. Maria Bakalova is now a sought-after actress in Holywood after her performance in Borat 2. She got a part in a new film with a top-notch cast. The Bulgarian actress will work together with Pedro Pascal( The Mandalorian, Narcos) and Karen Gillan (Nebula from Guardians of the Galaxy) in the comedy The Bubble by Judd Apatow.

The feature will start production soon and it is about a group of actors who are stuck in a hotel due to quarantine. Meanwhile, they try to finish a film from a blockbuster franchise, writes the Holywood Reporter.

The plot is based on the actual events that took place during the shooting of Jurassic World: Dominion, the 6th film in the franchise. The cast was forced to spend several months in quarantine while filming stopped and resumed several times due to positive Covid-19 tests.

Gillan and Pascal will take the lead parts, Lesley Mann and David Duchovny will act as a divorced family and the part of Bakalova is not revealed yet. The script is by Judd Apatow (Knocked up, 40-year Virgin) in collaboration with Pam Brady. The project is produced by Netflix.