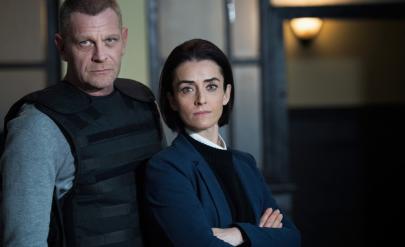 NOVA will present a new Bulgarian series in the crime genre to its viewers this spring. The series will be among the highlights of NOVA’s spring TV season.

Interesting and multi-layered, the plot of the series revolves around a mysterious murder that led to a tragedy with dramatic consequences in the lives of Inspector Kamen Petkov and his ex-wife – Senior Commissioner Ralitsa Petkova. Viewers will see criminal cases, but topics of parental love, cruelty, revenge, retribution, forgiveness and greed.

The team behind the production is an experienced group of professionals and an impressive cast: Julian Vergov, Anna Papadopoulou, Hristo Petkov, Elena Telbis, Ivan Burnev and others. They are joined by Croatian star Iva Mihalic, who starred in the first HBO Europe series set in Croatia and became a hit – “Success”.

The series is created by ​​the screenwriter Alexander Chobanov. The directors of the premiere series are Dimitar Dimitrov and Viktor Bozhinov, who are well known for their work on some of the most successful Bulgarian productions in recent years. The music for the series was specially created by the world-famous violinist Maxim Eshkenazi. The producer of Investigation Department is Alexander Hristov.