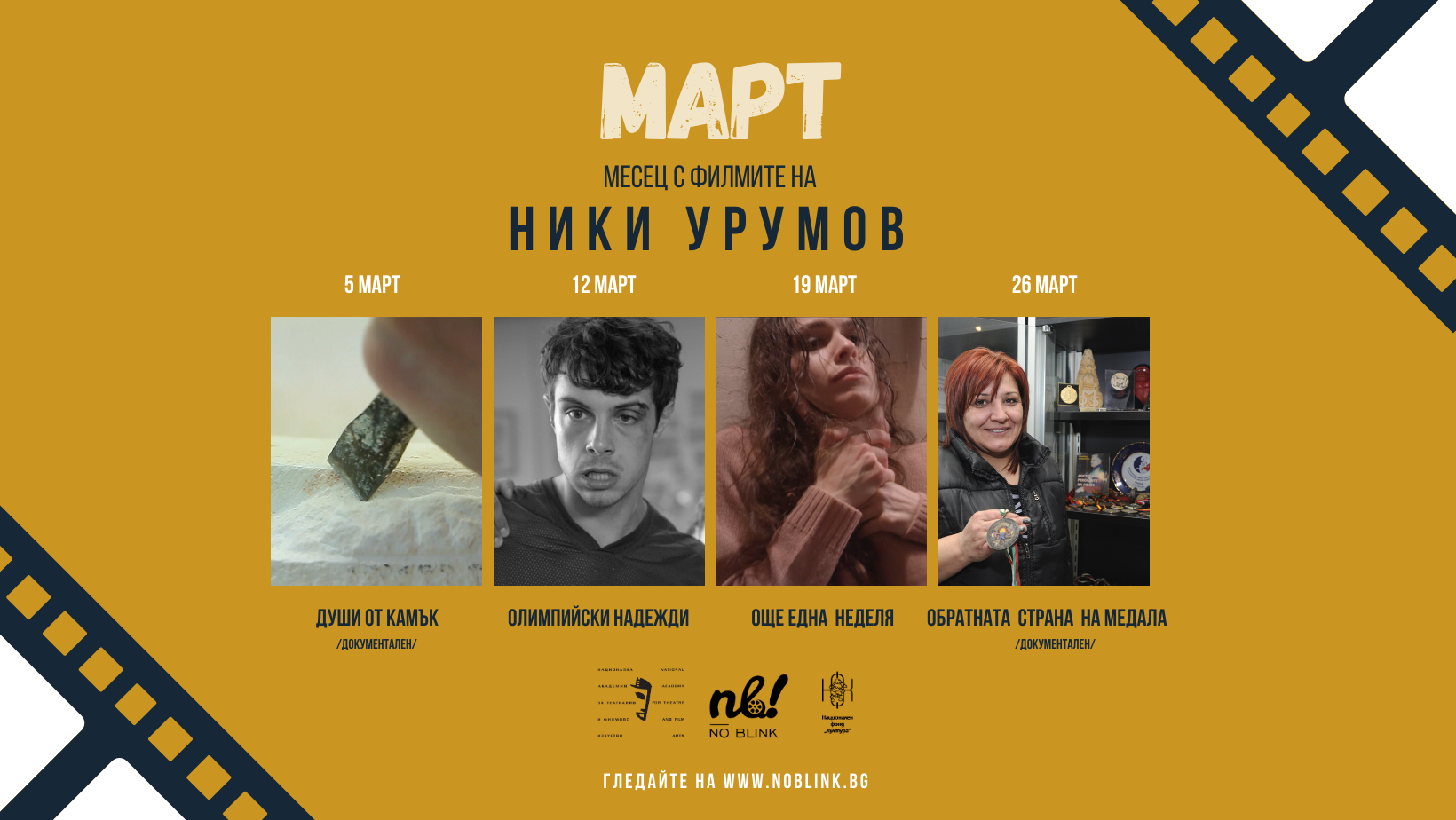 Nikolay Urumov has a very rich biography – from a musical career, through a sound director, producer, and currently a student of directing at the National Academy for Theatre and Film Arts. His filmography as a director is rich enough to fill the film calendar of noblink.bg for the month.

Fans of short films were able to watch on March 5 the documentary Souls of Stone, revealing part of the history of the unique High School of Stone Processing in the village of Kunino. It is one of two schools across Europe that teach young people how to “tame the stone”.

On March 12, the film Olympic Hopes presented a story with the participation of actor Philip Bukov, who recreates a young talented boxer looking for his place in the Olympic team… at a high price.

Niki Urumov’s month will end with the documentary The Other Side of the Medal – the story of European weightlifting champion Siika Stoeva, who tells about the ups and downs of her career.

Niki Urumov is also the producer of one of the most exciting Bulgarian films in the last year – Petya of my Petya. The film about the Burgas poetess Petya Dubarova, who remained forever for 17 years, was part of this year’s edition of Sofia Film Fest.