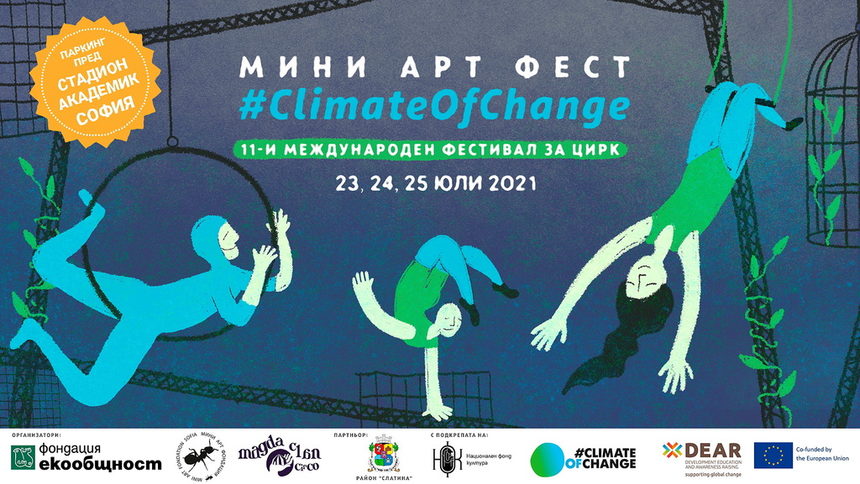 Mini Art Fest Returns with a Message About the Climate

For the eleventh year, the festival for contemporary circus art “Mini Art Fest” will tell stories through exciting performances. The event will be held on July 23, 24, 25 in the parking lot in front of the “Academic” stadium opposite the “Geo Milev” park, and the entrance for all activities is free.

This year’s theme focuses on the relationship of people with climate change. The festival will be the first stop on MagdaClan’s European tour.

Seven circus performers, acrobats, four musicians, impressive scenery and stage, and many stories to tell. These are just some of the touches describing the contemporary outdoor circus show WeLand, which occupies a central place in the program.

“WeLand is a contemporary circus, aerial acrobatics and live music on a portable large-scale stage, part of the scenography of the show. The main message is climate change and the image of the entire human population, suffering from disasters, floods, melting ice, desertification and fires. it makes us think about the little things and provokes us to become part of the global impact of improving the climate by changing our thinking, behavior and attitude, “said the organizers.

The ClimateOfChange tour in Sofia will also include a one-man show by Galina Riom-Roybeck, the Shizi Impro Theater, a fire show by Palyachi from Varna and will provide an opportunity for dialogue and debate on climate change.

The event is organized by the EcoCommunity Foundation and the Mini Art Foundation. There are also circus workshops, numerous performances and art installations.