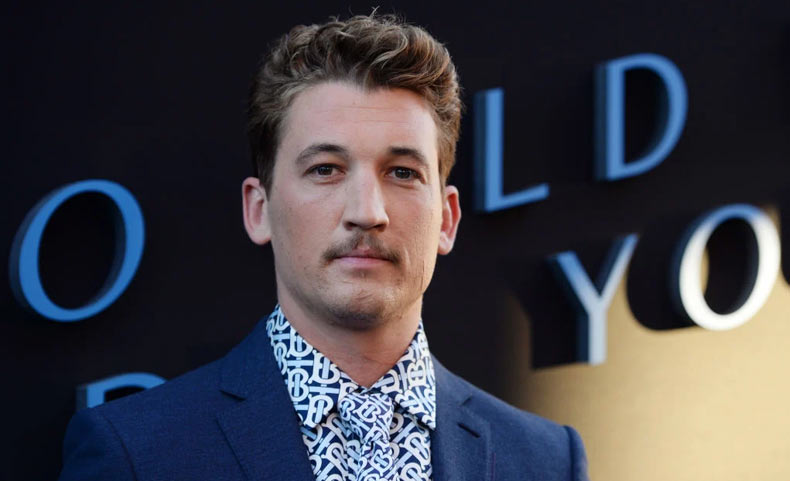 A little carelessness and / or deviation from the “right path” in our time is followed by a serious period in which the world already looks at you and treats you differently. As much as we liked Army Hammer, various accusations outside the professional environment fell on him and he abruptly dropped out of all the film and television projects with which he was engaged. It was time for an update on who will be replacing him – especially for Paramount +’s “The Offer” series, which will be Miles Teller.

The 34-year-old actor will take on the role of the producer of “The Godfather” – Al Rudy, and the story will be told from his point of view, presenting the story of the great classic, the relationship between Coppola and stars Marlon Brando and Al Pacino, and in general – everything , which you can think of when it comes to “secrets behind the scenes” in the world of cinema. Rudy himself won an Oscar for Best Picture with The Godfather, and although he was not involved in the sequel, three decades later he again won an Oscar for Best Picture for “Girl for millions. “

Dexter Fletcher (Eddie Eagle, Rocketman) was cast as the lead director of The Offer; The screenwriter will be Michael Tolkien, who has been nominated for an Oscar for Robert Altman’s The Player and an Emmy for Escape from Dannemora on Showtime. Nicki Tuscano (“Hunters”) has been nominated for showrunner and co-writer, and producers are Leslie Griff (“Hatfields & McCoys”) and Dalia Ibelauptayte. The executive production team includes screenwriters, the director, Miles Teller, and Al Rudy himself.

Work on the 10 episodes of the script is expected to begin in the coming months, and we are very interested in who Teller’s partners in The Offer’s cast will be. We are keeping our fingers crossed for the project to develop in the best possible way, not forgetting that (at least) two more factors will be very important for its presentation to the public – the existence of another very similar project “Francis and The Godfather” by Barry Levinson, with Jake Gyllenhaal, Oscar Isaac, Elizabeth Moss and Elle Fanning, as well as the lack of popularity of Paramount’s streaming service. We will keep our fingers crossed for one of the latest films produced by the studio – “Top Gun: Maverick” with Teller himself and the eternal Tom Cruise…