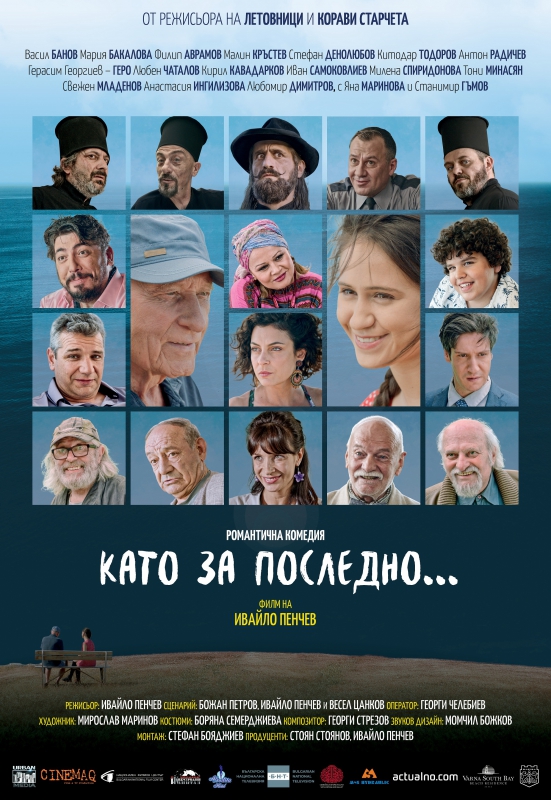 On the 25th birthday of the actress Maria Bakalova, her debut in a Bulgarian feature film will hit cinemas. The film is entitled The Last Call and is directed by Ivaylo Penchev. The late Bojan Petrov and the colleague from the “Hristo Botev” program of the Bulgarian National Radio Vesel Tsankov helped him with the script. The film was presented for the first time in Burgas.

Some describe the film as a romantic comedy, but it’s actually a funny-sad story that can happen anywhere in the world.

I haven’t been in a movie to be ashamed of in the last 50 years. This was said by the lead actor Vasil Banov.

“I try to be real in life, both on stage and on screen. I have a real attitude and that’s my attitude towards people and everything I do.”

On the screen, Banov is partnering with the rising star of world cinema Maria Bakalova.

“I was assigned to play this role and I tried with 25-30 girls. From the first moment, from her appearance, I felt that something was happening.”

The story tells of a girl who must be saved from suicide by the power of love and this cannot happen without a series of comic situations, said director Ivaylo Penchev.

“Our main goal was for the viewer to look at his surroundings, his friends and family.” As for the last “is a multi-layered film, not a pure comedy. On the contrary – it develops extremely serious topics – about friendship, family, about love, about alienation. An important film nowadays. “

“Here the audience will see them in a different light, in different images, something they have not done in the theater or in the cinema.”

The Last Call grabbed the audience award at the Golden Rose Festival.

The movie premiere was postponed due to pandemic restrictions, but as of today, the comedy The Last Call can be seen on the big screen.