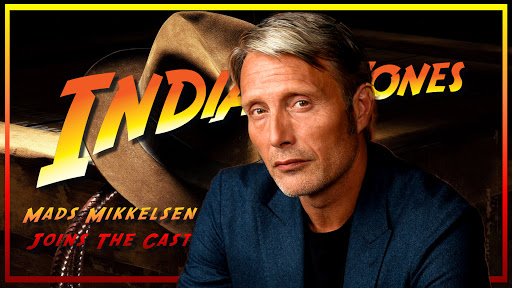 We have repeatedly noted our great skepticism about long discussions, long delays, and the unnecessary Indiana Jones 5. Unlike many other cases where we are anxious to return to our favorite characters and worlds that have given us pleasure for years, once we were already disappointed and the scales of our opinion will not be easily tipped. But what is it there that quietly creeps into our hearts? Is there a spark of hope?

Following the recent announcement that John Williams is back to write music for the new film, and the very talented Phoebe Waller-Bridge has been cast for one of the lead roles in the film, we now understand that our absolute favorite Mads Mikkelsen is also joining the James Mangold project. We remind you that Mangold took over from Spielberg. He finished the last edits of the script and apparently the studio is quite serious about starting production this summer.

Everyone on the team agrees that the more Mads, the better. We have liked him for a long time, but lately, we are really in love. From the smashing Jagten, through the performance as Hannibal Lecter in Hannibal, even in the larger, more generic film universes on the planet (Star Wars, MCU, and Harry Potter) he has still remained cool, and most recently in one of our favorite movies of the past year Another Round proves the more Mads Mikkelsen, the better, really! We’ll see him everywhere and in everything, and knowing his work, in Indiana Jones 5 it’s easy to imagine him as the villain, but it doesn’t really matter, it will be interesting to see him in any role.

And our thought, in the end, is this – we love and respect the whole team, their work has made us grateful to be movie fans again and again, and Indiana Jones is one of our longest-standing and unshakable film passions.