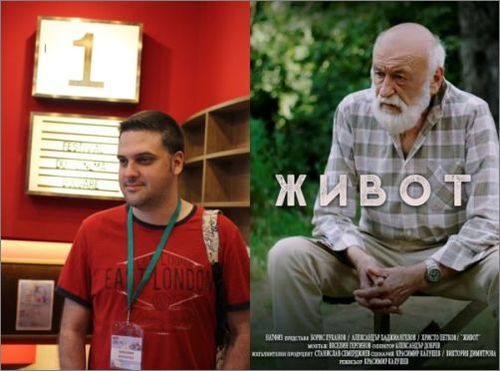 Krassimir Kalushev is one of the young and promising film directors and film producers who graduated from NATFA. Last night, the jury of the prestigious Turkish Golden Baklava Film Festival awarded him a Special Prize for Life in the film category. The sixth edition of the international film festival brought together young artists from Norway, Romania, Indonesia, Israel, Russia, Turkey, Mexico, France and many more. etc.

Bulgaria was represented by Krassimir Kalushev and the fourth-year student majoring in Film and Television Directing Evgenia Teneva, whose film Stigma was included in the documentary section of the festival. The executive producer of both films is Prof. Dr. Stanislav Semerdzhiev.

Golden Baklava Film Festival is recognized as one of the most prestigious international student film festivals in Turkey. It is held every two years and presents a panorama of the best student films created in the respective period. The forum aims to meet and enrich young artists with the experience of established directors in cinema, producers, screenwriters, cameramen, editors and designers of sound and visual effects. The awards for the awarded films were presented at a lavish Gala Evening, but due to the pandemic, Krassimir Kalushev chose to send his message online.

Krassimir Kalushev’s nominations include his feature films Race and Father, as well as the documentary The Dreamer.