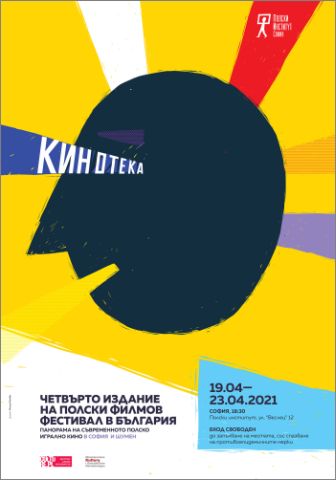 Where: Polish Institute in Sofia, 12 Veslets Str., Entrance free until the limited number of places is filled *

The extraordinary circumstances surrounding the Covid 19 pandemic have broken with tradition and forced a change to the period of the festival, but the important thing is that it will still take place. There were great efforts to keep it in its traditional form – not only in Sofia, but also outside the capital. Thanks to the support of the Adam Mickiewicz Institute, the audience in Burgas is already watching the program, and in Shumen the event is coming up.

The films are screened with Bulgarian subtitles.

A story about twenty-year-old Daniel, who goes through a spiritual change while living at a detention center and secretly dreams of becoming a priest.

Filled with discreet humor and sporting rivalry, a story about finding one’s own path. Maciej Cornet travels around the country with his 17-year-old daughter Victoria, their route drawn from tennis courts. She is his favorite, his father’s daughter and his great pride. To her, he is the whole world. By the time they were joined by Igor, an athlete with good prospects, whom Maciej started training.

In the calm and orderly life of Robert, a musician in a symphony orchestra, a single father raising his ten-year-old son comes an the energetic, charming and popular fitness star Martha. Two different characters, different views on love and life. The big city, exotic excursions and sports are her world. Robert is a walking denial of the “sports lifestyle.” His world is a quiet haven, parenting challenges, his son’s math tests – all this works until Martha appears in his life …

A biographical film dedicated to the ingenious jazz composer and arranger Mechislav Kosh. The film won many awards, and critics and audiences alike admired David Ogrodnik’s acting as the musician. The director, who does not tell the story chronologically, creates an emotional biography, intertwining the most important episodes of the musician’s life. The film presents the musical triumphs of Kosh and his great and growing loneliness. The musician has a hard time with fame. He died tragically at the age of 29.