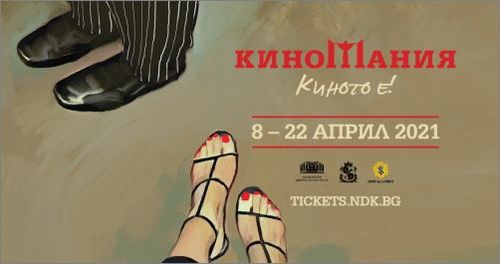 Three of the big annual film festivals in Bulgaria join efforts considering the difficult circumstances surrounding the Covid pandemic. Having the needs and desires of cinephiles in mind —  Kinomania, Sofia Film Fest and Master of Ary will organize a cinematic celebration for the audience with many surprises and events.

Kinomania will take place in the period between 8-22 April 2021. The official launch will be in Hall 1 of the National Palace of Culture with film Fear by Ivaylo Hristov. The festival will start on April 1st with a retrospective of the great Federico Fellini and will continue with the 10th edition of the French Film Festival on April 9th at Lumier cinema. This festival will present a special selection to honour the genius of European cinema — Michel Piccoli.

Kinomania and the festival for art documentary, Master of Art, will run simultaneously between 15th and 22th of April.

Newer PostTravelogue: A VALPARAÍSO (1963)
Older Post Theodore Ushev is the most Influential Animator in the World for the past 25 Years