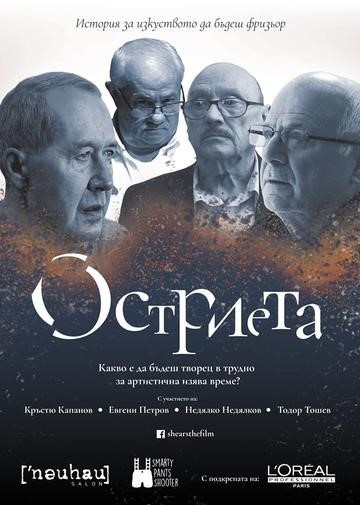 September 15, 2017. In the afternoon. Rusko Rusev walks in the area of ​​the Doctor’s Garden in Sofia. An old barber catches his eye.

The way it works tells the client, “I want to win you, I want to keep you!” Already fascinated by the passion with which the old man cuts his hair, Rusko enters the barber shop with the idea of ​​finding out more.

From the very first steps, the barber began with the stories of the hairdressing clans, who dedicated their lives not so much to the craft as to the art.

Impressed, Rusko Rusev – a hairdresser by profession since 1996 – realizes that he is onto something big that needs to reach people.

And so we come to Blades — the first Bulgarian documentary that follows the revolution in hairdressing in Bulgaria and the people who created it.

They are called KENT and are the first to discover the truth about this profession in our country, namely – that the man in front of the mirror and the one behind him merge into one in the name of beauty. 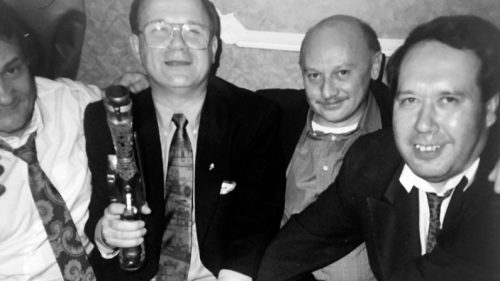 Krastyu Kapanov, Evgeni Petrov, Nedyalko Nedyalkov and Todor Toshev, the people behind the acronym, teach a lesson in devotion. The four masters of Bulgarian hairdressing lay its foundations in a difficult time for artistic expression, when the regime says that this is an easy job and is only for women.

Hairdressers, but also friends, they rebel against the socialist restrictions of the system and promote modern world practice. Their job is to rebel against the order then, and their blades create art that they themselves “suffer from.”

When the four of them start their careers, ready-made cosmetics are a dream. And the hairdresser largely depends on consumables on hand. This provokes them to prepare their own hair dye and nail polish. They cut hair at dawn, as the state salons quickly filled the 35 helmets for drying of hairs.

The documentary with director Nikolay Stefanov acquaints the viewers with the path to KENT’s career through recordings and photos from their personal archives – how and why each of the magnificent hairdressers chose to dedicate himself to the profession, how he advanced in it, how he passed. During the stellar years, what traces the transition has left on them, where we find them today and what is the idea of ​​the future of the hairdresser.

In Blades Krastyu Kapanov tells about his journey to the international stage, Evgeni Petrov – about the profession inherited from his mother, a legacy that still continues.

Nedyalko Nedyalkov shares details about the “assembly line” they worked on every morning, and Todor Toshev – about his desire to pass on his profession to the family.

Together KENT show how passion for a loved one makes you break every boundary.

According to Rusko Rusev, who is also the film’s producer, everyone in this field has a different idea of ​​where art begins and where hairdressing ends. But it is indisputable that KENT is the reason why it is perceived as creativity.

They take him outside the salon and its commercial dimensions. With everything new that they bring to the profession and with the fact that they recreate the trends on the international podium.

Today, the art of being a hairdresser is to “stay fresh with your clients” and be able to hear what you hear for the first time. If you want to be good at this profession, you have to be willing to give a lot of yourself. It, in turn, will reward you with opportunities, because the hairdresser is actually a bit of a chemist, and a student of art history, and a psychologist, and a specialist in management and marketing.

The fascinating story about KENT and the history of hairdressing in Bulgaria can now be found in the documentary film section of the gledam.bg platform – the place that has the ambition to preserve the entire heritage of Bulgarian cinema.