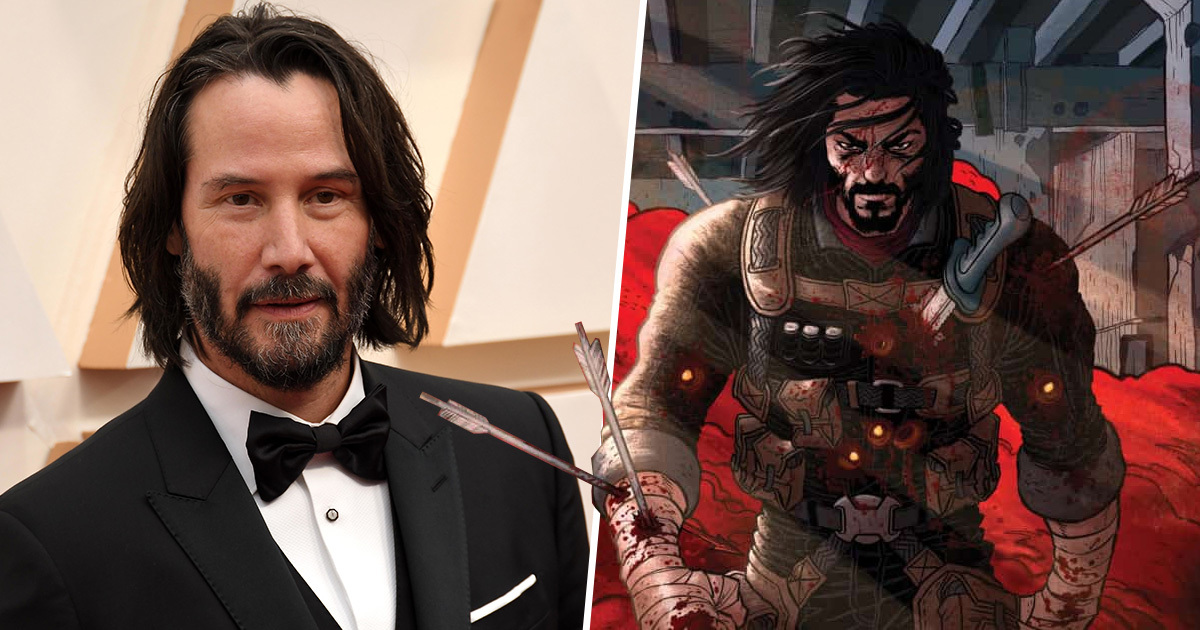 Is there any doubt as to who would best play the immortal badass that makes people’s heads explode with a single fist, if not Keanu Reeves? And in this case, the story is even more interesting, as the new film is an adaptation of the insanely popular limited comic Brzrkr and Reeves is even one of the creators.

The first issue of Brzrkr was released earlier this month by Boom! Studios and has already sold over 600,000 copies, which is a huge success for anyone other than Marvel or DC. When such success is achieved only by the first edition of 12, it is natural that a month later the plans for filming have already begun. Netflix has bought the film rights, and along with the video game adaptation will produce an anime series from the same universe.

Brzrkr tells the story of an immortal demigod, a demigod who has roamed the earth for 80,000 years and taken part in various battles because of internal coercion to violence. The story is set in modern times when the titular “B.” tries to find answers about his essence and maybe how to end his endless grief.

The comic is obviously filled with quite brutal violence, as you can see from the comic trailer below. And it is more than obvious that the protagonist is completely deliberately styled to look like Keanu, so it is more than clear that he is not just the perfect, but the only choice for the role. We can only rejoice that we will have the opportunity to see him again in an action role in which we like him the most. The trailer reveals that visually Brzrkr is really impressive and we can only hope that the film will be able to bring such an atmosphere and visual aesthetics.

We must admit that the idea that the 80,000-years-old needs the US government to understand why he is immortal is more than absurd. However, we have a great interest in the world that the comic itself builds, and accordingly how it would be transferred to the screen. And to see Keanu in another impressive action role can only make us happy.

The Brzrkr comic was written by Keanu Reeves and Matt Kindt, with illustrations by Rod Garni. The main role has been settled, but so far there is no information on who will take over the direction, something we will certainly follow carefully, as it will tell us a lot about the tone of the film. For now, we are only sure that since the project is on Netflix, no one will try to lower its violence rating, ie. we will certainly have the opportunity to enjoy really bloody action spectacle.