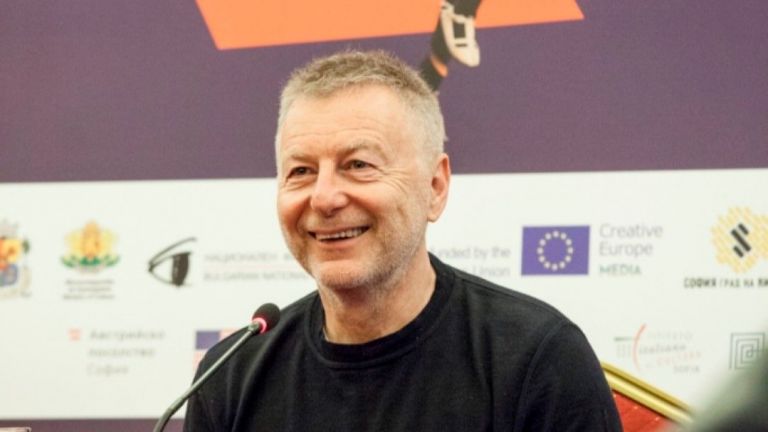 Kaymak (meaning buttercream) is the name of the latest, seventh feature film directed by Milcho Manchevski. It is a modern black comedy or a happy comedy for two families who feel decent at the beginning and happy at the end of the film. It is a relentless critique of hypocrisy.

According to Manchevski, the film is an ugly comedy, which aims to create mixed or complex feelings in viewers.

“We worked hard for almost two years on the script, on the financing of the film, its preparation and we still have a lot of work to do, to shoot and sell, but it’s a very sweet and pleasant job, not because we make good art, but because I have this honor and joy to work with a group of people who are not only talented professionals but also good people. I think that life is too short to spend it and work with bad people, “said Milcho Manchevski.

He added that the name of the film came only because of the fact that cream often appears on the screen, but also because of its symbolism of something that’s the best.

The film is a European co-production, supported by the Film Agency of the Republic of Northern Macedonia, as well as by the film funds of Denmark, the Netherlands, Croatia and Bulgaria.

“Apart from thinking that this film is a very good project, it is a project that has many friends both in our country and throughout Europe, and we are sure to do something wonderful,” Nortoshev said.

The team pointed out that they are especially proud that in a difficult year of a pandemic, this film received support from the European fund Eurimages, which according to them is a huge confirmation of the value of the project.

According to the financial structure of the film, the state participates with 48 percent, and 52 percent of the funds come from abroad.

The film’s main partners are Alkaloid, NLB Bank and Visa, and the partners are Octa, Tikves, Vitaminka and Limak.