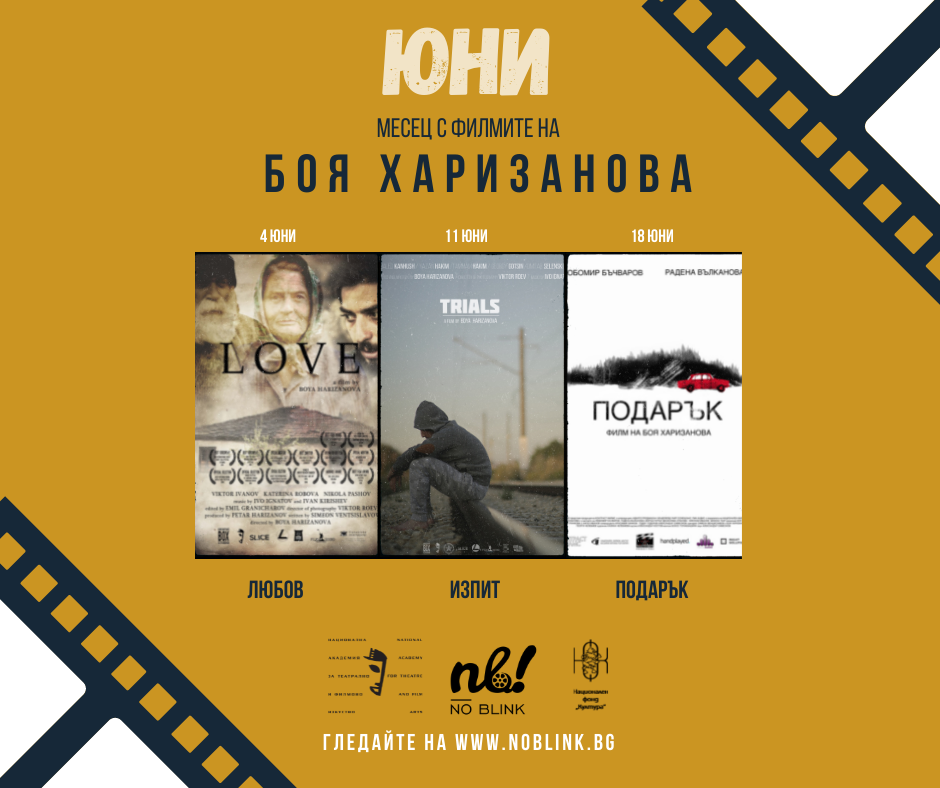 In June, Boya Harizanova presented three short films on the noblink.bg platform – Love, Exam and Gift. The platform once again dedicates a month to a Bulgarian director and her short films.

All three films, which are presented on the noblink.bg platform, are based on real stories. Stories that touch and leave a mark. Boya Harizanova boldly combines bodybuilders and professional actors in them, which adds more authenticity to the vision and action and a slight sense of documentary authenticity.

With her first short film Love she won numerous awards at international festivals. The film tells the touching story of a boy who goes to the Rhodopes to return to his grandparents the real estate environment with a real Rhodope dialect.

The second film to premiere on the platform is Exam. The topic of choice with a fresh take. A real life event in which the value system is put to the test. A test you put yourself to. Boya Harizanova’s graduation film was awarded the grand prize at the 37th Moscow International Student Festival.

The last film selected for the collection of the short platform is Gift – a touching story about the last wish and the frantic need to leave a memory of ourselves.

Boya Harizanova graduated in journalism at Sofia University “Kliment Ohridski”. She worked in television documentaries for seven years before realizing that directing was the path she really wanted. Graduated from NATFA “Kr. Sarafov ”in the class of Prof. Docho Bodzhakov.