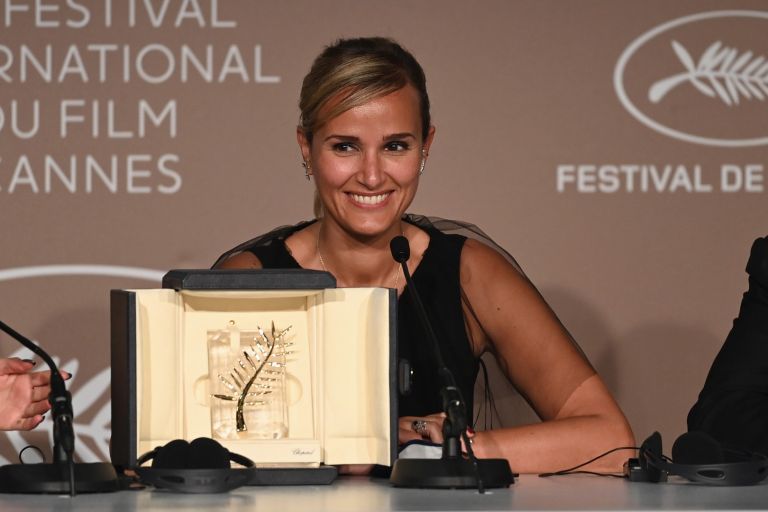 Julia Ducournau — Daring Director, Captivated by the Metamorphoses of the Body

Frenchwoman Julia Ducournau, who won the Palme d’Or at the Cannes Film Festival, is a unique and daring director, captivated by body transformations and feminist outlook.

Before “Titane” – the most embarrassing and violent film in the official selection of the Cannes Film Festival, this blonde 37-year-old woman made a sensation there in 2016 with her first feature film “Raw” – a horror about the changes in a young woman, who becomes a cannibal.

“One of my goals has always been to include genre cinema and alien films in general festivals in order to stop the exclusion of some French productions,” Julia Ducournau told AFP.

“Raw” was banned for under-16s, and some viewers even felt sick at the premiere of the Cannes Film Festival because of the bloody scenes.

“Titane” was not greeted in this way, despite traumatic scenes, such as the self-disfigurement of the heroine, who wants to become unrecognizable, or a series of spectacular murders.

Nothing in this diligent young director, behaving like an intellectual, points at first glance to such a bloody universe. She explains with her childhood the interest in these disturbing aspects of the human body – her parents are doctors.

“Ever since I was a child, I listened to my parents discuss medical issues without any taboos. It was their daily routine. I read their books,” she said when “Raw” came out.

Julia Ducournau studied contemporary literature and English before turning to film in 2004, when she enrolled as a screenwriter at the European Film Academy in Paris. Her first works are about physical disfigurement and give an idea of ​​her obsessions.

Her first short film is in the selection of the Critics’ Week in Cannes – “Junior”. The TV show “Eat” follows in 2012.

“She’s already a great director. There’s no superfluous shot in the film,” said Gilles Jacob, president of the Louis Deluxe Award jury, after her first film.