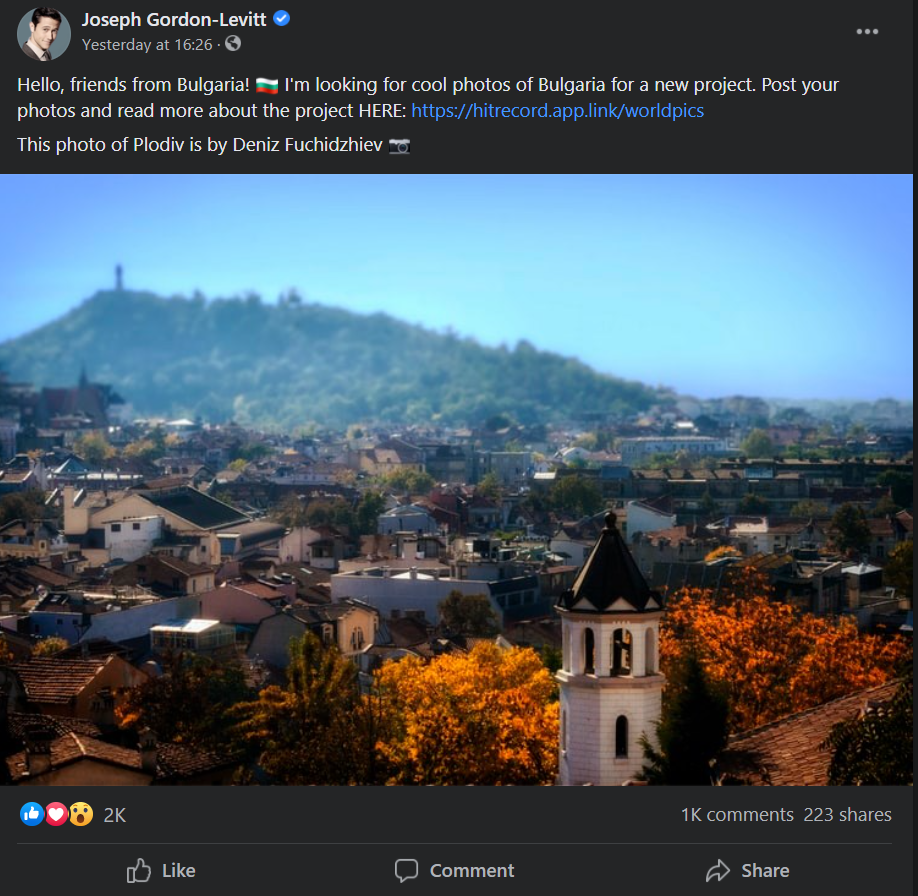 The actor Joseph Gordon-Levitt addresses his Bulgarian fans with a camera in hand with a request to send him photos from the country. Images are being collected for the star’s new documentary, with a working title Around The World.

Gordon-Levitt is also looking for photos for the project from Greece, Turkey, Norway and Croatia, according to his Facebook post.

In the post urging Bulgarians to send him photos, the actor shared a shot from Plovdiv, and below in the comments appeared dozens of other photographs of Vitosha, the St. Alexander Nevsky Cathedral and the Maritsa River.

Joseph Gordon-Levitt offers the authors to join the project not only with photos, but also with a video or audio recording in which they describe our country in six words or greet with “Welcome to our country” in Bulgarian.

Users can log in to the platform completely free of charge.

There is currently no shared video from Bulgaria, and there is only one voice recording, with the person who uploaded it describing his settlement as “The City of the Seven Hills.

It is not clear when the deadline for receiving materials is, so you still have the opportunity to get involved in the global project here https://hitrecord.app.link/worldpics