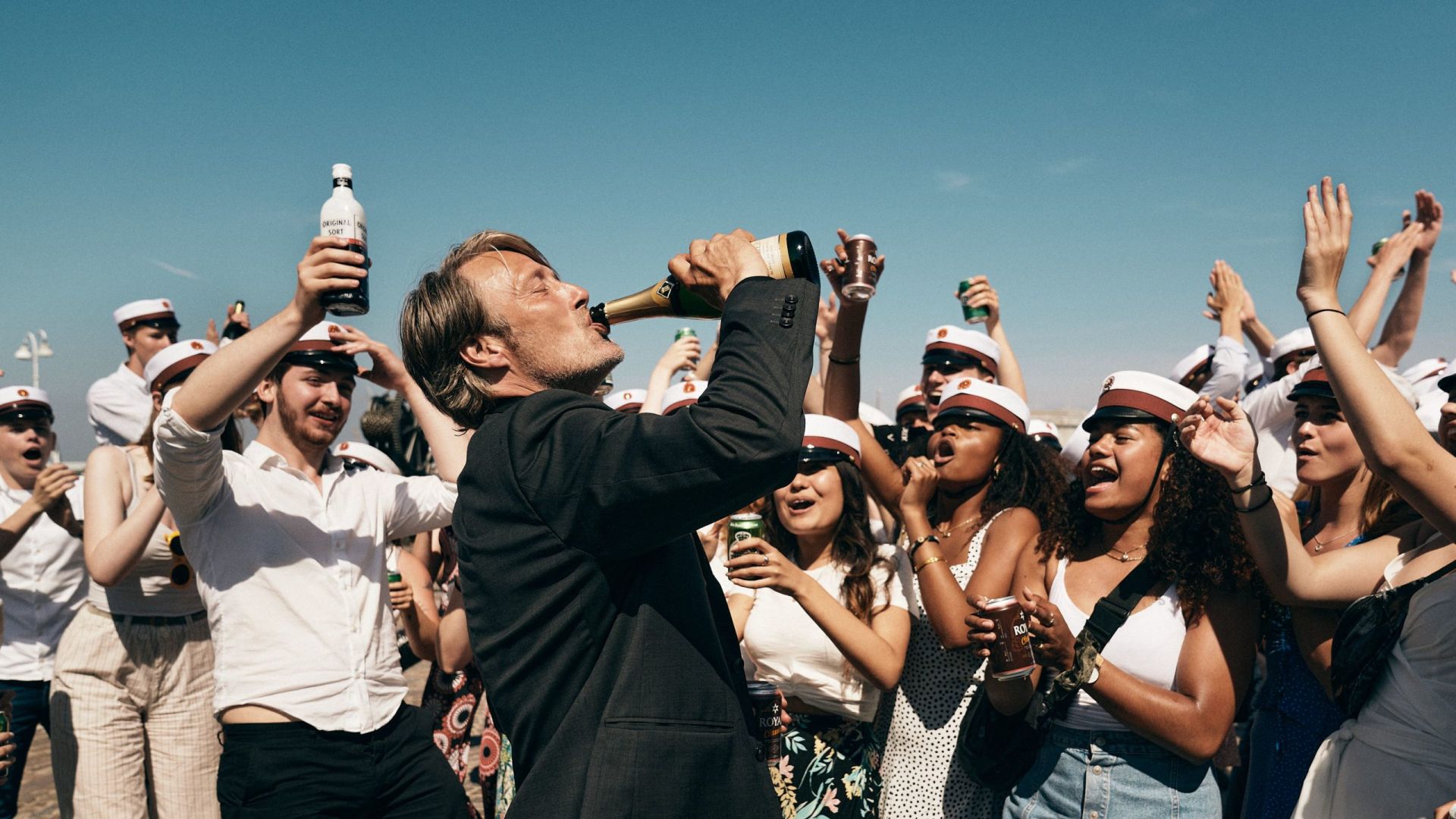 International Hit Another Round by Thomas Vinterberg at SIFF 2021

He is a charming, thoughtful and sensitive storyteller and it is very likely you remember him from the 90s.

Through the years Thomas Vinterberg established himself as a respected artist whose film gets nominated at festivals. Praised by both critics and audience, films like Festen 1998), The Hunt (2012), Far from the Madding Crowd (2015), Submarino (2010) without a doubt serve as proof of his talent.

Vinterberg is born in 1969 in Copenhagen and studied at Denmark’s Film School. He starts shooting short films from the early 90s and some of them lead to prestigious international awards. In 1996 comes his first feature film The Biggest Heroes, a thriller about a bank robbery. Together with fellow Danish directors Lars von Trier, Kristian Levring and Søren Kragh-Jacobsen signs a manifesto on filmmaking, forming the Dogme 95 Collective

Their biggest goal is reforming the language of cinema and aim to bring authenticity and classical aesthetic in the stories with 10 strict rules. They go as far as banning effects, artificial lighting and any form of predictability.

It’s exactly as part of that movement when Vinterberg creates legendary Festen (1998) which receives the Jury Award in Cannes, gets a nomination for Golden Globe and BAFTA; receives the awards Discovery of the year by EFA and Independent Spirit.

His next work as a director are filmed beyond the Dogma 95 restrictions — premieres of It’s All About Love (2003) and Dear Wendy( 2005, with Lars von Trier as screenwriter) are in the Sundance program.

The dark story of two brothers who attempt to overcome depressing daily life in Submarino (2010) gets a nomination for Golden bear in Berlin and the shocking story of a man becoming a victim of a public lynching in The Hunt (2012) receives nominations for Oscar, Golden Globe, BAFTA, wins three awards in Cannes as well as dozen more international honors.

The creative path of Vinterberg continues with the adaptation of Far from the Madding Crowd from the novel by Thomas Hardy. The Commune (2016) enters the program of Berlinale and gets a nomination for Golden bear, meanwhile, the actress Trine Dyrholm receives Silver bear for her role.

In 2020 Vinterberg returned with masterfully crafted Druk (Another Round), selected in the competition program of Canne and triumphed at the end of an extraordinary year with four awards from the European Film Academy for best film, screenplay, directing and best actor – Mads Mikkelsen.

The film gets a nomination for Golden Globe and will compete for an Oscar in the international film category. It’s been screened at more than 20 festivals all over the world and gets over 20 awards. The story about a “research” group of Danish teachers who test an alcohol consumption theory will get its premiere on the big screen in Bulgaria at the 25th Sofia Film Fest in March.

“Our ambition was to make a film about living. About the lost inspiration, curiosity, desire to take risks and explore the unknown. These four teachers just end up trapped in the closed circle of infinite repetition and daily routine”, said Vinterberg.

SIn the program of the festival, the audience will also be able to watch the classic Festen (1998). The story is about a commotion around a jubilee celebration of the patriarchal figure of a big family in a provincial mansion.