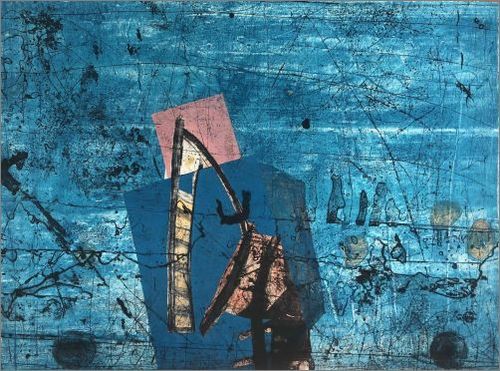 “Instead of a self-portrait”

This is the first solo exhibition of the artist Lyudmil Georgiev in Plovdiv, for whom the art of graphics has become his field of communication with others for three decades. Most of the works arranged in the exhibition were created in the past year and reveal both the sustainable themes that excite him and the search for plastic possibilities generated by the meeting between the linear and the pictorial (according to Heinrich Wolflin) on the territory of graphic sheets, with which he presents at the Kapana Gallery. But these are also works embodied in material meetings, disappointments, impressions of the author with the world. A world that inhabits or observes removed from the distance of its own growth. And although Lyudmil Georgiev himself believes that “Everything good is outside the work”, precisely within its limits, he tries to capture the “good” – experienced or still expected.

Provoked by the situation of extraordinary limitations and the impossibility of meeting what is on the other side of the picture frame, he turns to the plate, the needles, the line, the inks, the printing press, to pursue it as abstraction – beyond form and any even emotional concreteness. And instead of self-portraits he paints his current states. As if in a game, in competition with the technological processes and limitations and the intertwined in the mind impressions of the ridge before Ludmil Georgiev creates his new graphics. All of them can be combined in several different thematic author searches, but nevertheless they remain marked by the self-portrait in them.

In the 21st century immersed in imagery, staring at oneself has become a way of communication, a specific self-sufficiency. The person looks in the mirror, in the reflective surface of the glass windows, on the screen of the smartphone. The smartphone, which led to the triumph of the phenomenon of “selfie” and made “self-portrait” a favorite genre, filling social platforms such as Facebook and Instagram. We have voluntarily exposed our lives on an unsuspected scale. However, all this remains alien to Lyudmil Georgiev and instead of self-portraits in this exhibition, he presents us with personal tracks mastered in the schedule for reflection and feeling. Talking routes, small escape trails, for playing. Atlas of yourself. Outside the picture.

Lyudmil Georgiev was born on January 11, 1962. He has been a member of the Union of Bulgarian Artists since 1994. He lives and works in Sofia. Since 1987 he has participated in numerous national and regional graphic exhibitions. In addition, his works have been selected for a number of international exhibitions in Italy, Germany, Austria, Poland, Serbia, Macedonia and Japan. Lyudmil Georgiev has solo exhibitions in Paris, Belgrade, Berlin, Frankfurt and other cities in Bulgaria and abroad. He has won Bulgarian and foreign awards.

In 2018 he created the first gallery of its kind in Bulgaria – Grafikart. Since 2017, in cooperation with the Ministry of Culture of Bulgaria, every two years organizes a National competition for graphics – classical techniques.