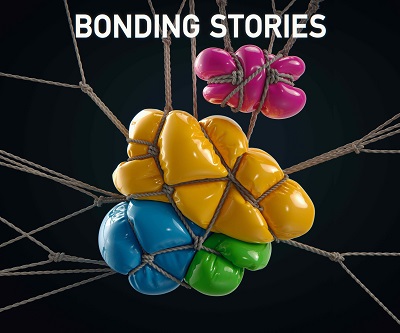 IN THE PALACE International Short Film Festival with a prize fund of BGN 50,000

For the first time in its history, the IN THE PALACE International Short Film Festival will have a prize fund of BGN 50,000. It will be distributed in the upcoming 19th edition. “We would like to especially thank the Lachezar Tsotsorkov Foundation, which has become our partner this year and provides part of the funding. One of the main goals of the foundation is to support Bulgarian culture and to support the development and expression of young Bulgarian artists. We believe that this is the way to support young professionals in cinema, “said Tsanko Vassilev, director of the festival.

The festival also hosts the annual professional event – Filmer Forge. The events it includes are: educational modules, formal and informal meetings of the short film industry, interdisciplinary scientific-practical conference “SHORT FILM: GENRE SUI GENERIS”, as well as pitching training with a pitching session, and this is the only specialty support of the short film industry in Bulgaria. The best Bulgarian short film project, selected at the pitching session, will be awarded BGN 10,000 provided by the Lachezar Tsotsorkov Foundation, BGN 10,000 in equipment from the production company Four Elementz and BGN 5,000 in PR services provided by the PR studio ” 8 PM ”.

IN THE PALACE is the only Bulgarian film festival qualified to offer the Academy of Motion Picture Arts and Sciences in the USA short films, including Bulgarian ones, for viewing for the Oscar. This will be the award for the winner in the category “Best Bulgarian Short Film”, along with a cash prize of BGN 10,000, again provided by the Lachezar Tsotsorkov Foundation and BGN 5,000 in PR services provided by the PR studio ” 8 PM ”.

Another BGN 10,000 The IN THE PALACE International Short Film Festival will distribute among the other winners determined by the festival jury.

In its nineteenth edition, IN THE PALACE will offer the audience the best of the world’s short films. In the selection of the festival we will see films by authors who have previously participated in box office productions such as “Game of Thrones”, “Vikings”, “The Lord of the Rings”, “Pirates of the Caribbean” and many others.

For a week IN THE PALACE screened the most intriguing feature, documentary, animated, experimental short films, and the broadcast of all films will be premiered in Bulgaria.

Newer PostBulgarian actor with a role in a British series on HBO
Older Post The program of the New Bulgarian Cabinet for Culture: a strategy is needed for reform