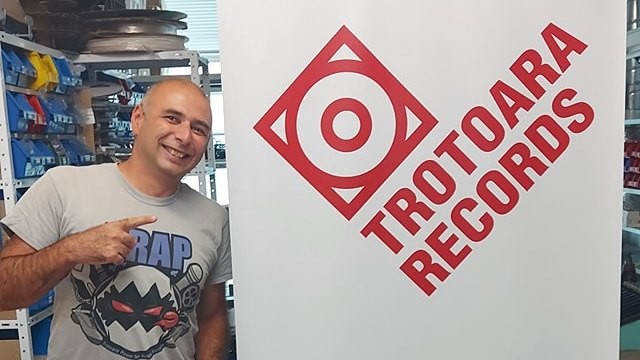 In Addition to the Summer Trap Fest, Trotoara Community Center is also creating its own Label

National Chitalishte “Trotara” is among the newly established community centers in Bulgaria. It was entered in the Commercial Register on December 23, 2020.

“We liked the idea of ​​a Chitalishte because there is a very good community institution, which is over 100 years old, in which the principle is that people should unite locally, under certain rules, and develop cultural educational activity in their region, and for this the state helps them “, says Deyan Yankov – founder of the” Trotoara “Foundation.

When “Trotoara” became a National Chitalishte, it seemed that the trust became even greater, shares Eli from the “Trotoara” Foundation.

“We have identified several priority areas in which we want to act and published our open positions. We quickly assembled a huge team in the long run. “More than 30 young volunteers have been working for five or six months now,” she said.

“Regarding the activities we perform, the difference is not very big, except that we are already looking at the things we do a little more authoritatively,” adds Mark Levchev.

The Chitalishte already has committees for various activities. There are already weekly reports that are broadcast live on FB. We are already a community of 250 people, we hope to become even more, because very often different people get involved and help us “, says Deyan.

For the second year in a row, the Trotoara Foundation is holding a Trap Fest, otherwise T.R.A.P. continues to work as a youth center for teenagers in Sofia, starting to engage in more serious activities, which they hope to develop on a larger scale, which include opening branches in the country.

Talks are already underway with people who want a similar place in their city, where concerts and gaming events can be held.

The idea is to have a label – Trotoara records. “Our idea is to have a label, and since yesterday we already have an official flag. The label’s first activity will be in October – all the bands that played at this year’s T.R.A.P. fest will record one song and everything will be released in one compilation “, adds Deyan.

Newer Post“Women Do Cry” with the Premiere at Sofia Film Fest, Autumn 2021
Older Post Ilian Dzhevelekov Heads the Jury of “Love is Folly” in Varna