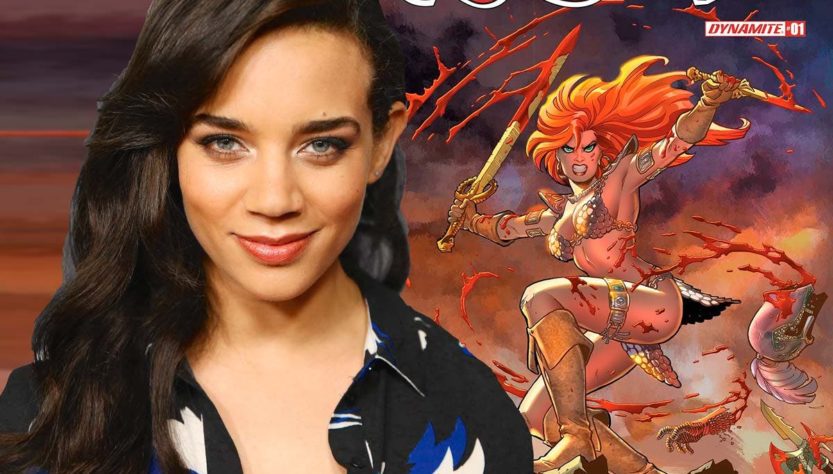 It’s true – we’ve been following this Red Sonja reboot project for a long time. After the failed hopes for Megan Fox, and then for Amber Heard. After the final (for now) choice of director in 2019, when Soloway was still Jill, before he decided to call himself Joey with a definite use of “non-binary identity”, now comes the news that Hannah John-Kamen is expected to take on the role of the legendary Red Sonja.

Soloway will work on the script for the upcoming film with Tasha Huo, showrunner and executive producer of the animated series Tomb Raider for Netflix and Legendary. Here is what the director shares:

Hannah is a very talented actress, whose development we have been following for years – and she is the Red Sonja. Her abilities, sense and strength are qualities we have always sought and valued, so we are excited to take this journey together.

Hannah John-Kamen also has experience in Game of Thrones and Ready Player One and we’ll see her as Jill Valentine in the upcoming Resident Evil: Welcome to Raccoon City, directed by Johannes. Roberts. Here’s what Millennium Media President Jeffrey Greenstein adds to Soloway’s enthusiasm:

Hannah’s talent and her version of Red Sonja, combined with Joey’s vision for the film, are in perfect sync to breathe life into this reboot!

Millennium Media will finance Red Sonia, Millennium Films will produce, and history rights holder Luke Lieberman will join the team as executive producer. We do not intend to bore you with a long list of the team responsible for making the film – let it be actually made, then we will mention them all, we promise!

Of course, at the moment we can’t even talk about a premiere date, there isn’t even a start date for the photos. We are waiting for (more) news.