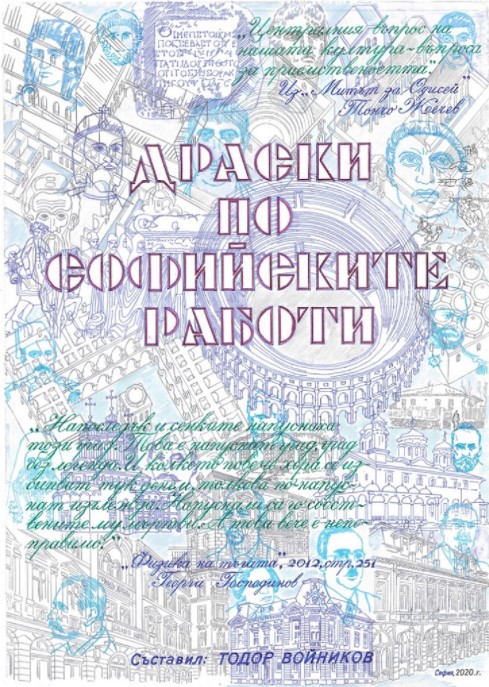 Hand Drawn Book Presents Sofia of the Past (Gallery)

“Drawings on Sofia Affairs” is an unusual book, painted and written entirely by hand, which transports readers to Sofia from the past.

The author, architect Todor Voynikov, has spent more than 15 years searching for and collecting sources, materials and photos related to the history of the capital. The result is a precise reconstruction of the various faces of the city in past epochs – Roman, Ottoman – and to this day. Especially original is the idea to superimpose non-existent places and buildings on the contours of the current city, creating a curious visual comparison.

The central characters in the book are the people, places and events that marked the city’s past.

Тhe depicted places show where some of the most important Bulgarian artists, statesmen and public figures met, as well as the famous bohemians, cheshits and zevzeks.

Among them are the confectionery “Rose”, where Elin Pelin wrote “Andreshko”, and the favorite place of the highlife – hotel “Panah”, the Armenian cafe, hotel “Bulgaria”, brewery “Red Crab”, “Cold Rest”, “Alcazar”. “Bamboo” and others.

Dimo Kazasov’s book “Streets, People, Events” influenced me the most. Reading it, for the first time I realized what our city has experienced – bombing, destruction, breaking with tradition. This gave rise to a reaction in me of exploration, preservation, the pursuit of restoration, something like resurrection. People also suffered, part of the Bulgarian elite was ruined, sacrificed. And it is no coincidence that the book is filled with people – there are more than 800 of our fellow citizens who are connected with the city “, says Todor Voynikov.

“In this book, everyone can find something of worth. The city cannot be just a pile of stones, bricks and wood. It must be part of our culture, of our emotions. Through my work, I want the citizens to feel that our capital is a living and spiritual organism, to get to know its past, but also to strengthen their connection with its present and future, “he added.

Highlights from the book:

What did Sofia look like in the Roman era; where was Constantine’s quarter; how the buildings of the amphitheater, the Boulevardion (Serdica city council) and the temple of Helios-Serapis would fit into today’s city.

What Ottoman Sofia looked like; where was the clock tower of Sofia; how and where the death sentences were carried out in the city during the Ottoman period; where the four Sofia booksellers hanged, in whose memory the Lion Bridge was built.

Why after 1945 there were plans to demolish the church “Holy Sunday” and a number of the most representative buildings in the city center (including the Palace and the Military Club).

Interesting facts from the history of Sveta Nedelya Square, the Palace and G. S. Rakovski ”.

Axonometric * maps of Ottoman Sofia until about 1880, Sofia in the 1920s and modern Sofia.

A few pages about the neighborhood around Tsar Ivan Asen II Street and Professor Tsibra Street (today Avicenna) – the famous people and the houses in which they lived.

* Axonometry – a type of perspective in which images do not shrink at a distance. It is widely used in technical literature and popular science books for its clarity.

More information about the book “Drawings on Sofia Affairs” can be found at http://www.sofiabook.eu/ 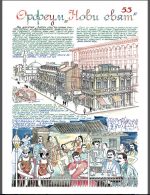 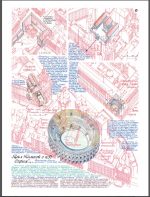 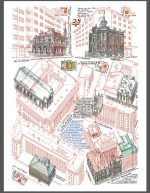 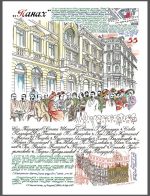 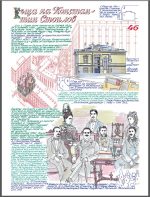 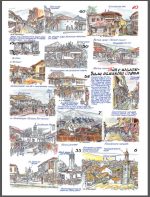