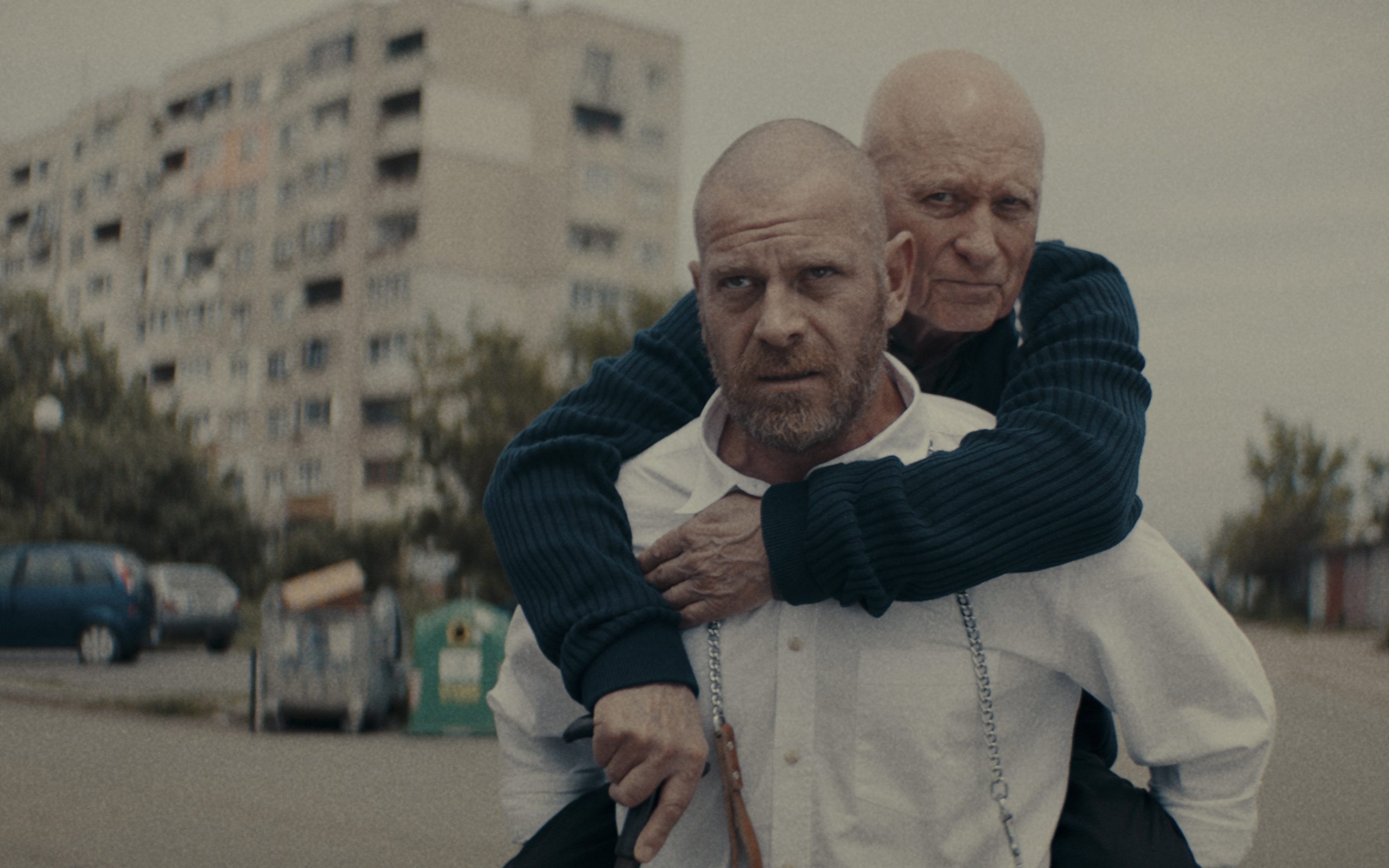 Everyone has their Germany – hope, dream, myth of shattered dreams. The Prozorov Sisters – Masha, Olga and Irina from Anton Pavlovich Chekhov’s play “Three Sisters” are the best possible dramatic example known from our native scene and their longing for Moscow – the equivalent in the film being Germany, is possibly the most deadly example of our inability to be what we long for. If the Sisters of Prozorov have not drunk to the bottom the humiliation of being part of a half-alive state, whose system provokes us to jump from the balconies, then the hero Nikola from Pavel Vesnakov’s debut feature film German Lessons is on the verge of accepting the bottom from the position of a redundant person.

But the best thing about this film by Pavel Vesnakov is that there is still hope, and as long as there is hope, there is also the person. Before his feature film debut, Vesnakov provoked us with marginality as a normal status of living in his honest short works. Something, an event, a situation in them, someone’s presence made us feel like outsiders and it was not a question of location, whether you live in a slum or in the center of Sofia, it no longer matters when your sense of belonging to the place is utterly destroyed. After German Lessons, I am absolutely sure that my incompatibility with the place is not just my personal problem, personal whim or an attempt to make an original take on the topic that something here, in our territory, has been degrading for a long time, but we are only to blame. It’s “we” because we forgot to be human. And people are beings who make mistakes, but forgive their weaknesses and want to love, to feel close to each other, to touch. We do not touch, we are forbidden in conditions of total spiritual lockdown. But I am sure that there is still a future for the person and that is why I offer you with great excitement to share together the first review of Georgi Dimitrov from the cinema school “Lumiere Brothers” – Municipal Children’s Complex – Varna, a student at MG “Dr. Peter Beron “- Varna.

German Lessons is a realistic film. It shows the unpolished image of Sofia, not that Sofia of our dreams.

Germany is accepted as a symbol of the ideal world. It is the “Promised Land” that brings hope, security and peace.

The main character is not just a lost and easily angered person. He is an image of the typical Bulgarian, shaped by the circumstances in which he lives. Nikola is strongly influenced by his harsh parents, who cannot understand each other. They, on the other hand, are affected by the poverty and spiritual devastation of Sofia, forming an endless cycle of agony and sorrow.

The main theme is starting over. Nikola feels that by leaving for Germany he is running away from his problems. Who will take care of his mother?

The film expresses many moral problems that seem impossible. In the last days before leaving, Nikola finds himself in many unpleasant situations.

The scene with the dog barking in the car shows the irony of his situation.

The same people who are tired of watching Nikola as another street bully are now pulling him back. Are we only born good or only evil? Can we change?

From the very beginning, the film hints that it will not be a pleasant story… Two workers talk about the suicide of their friend.

The days of the week, which are repeated in the car over and over again, only worry Nikola. With each repetition, the foreign language brings despair and he loses even more desire to go to Germany.

Nikola is no exception, he is a product of the social conditions in which he finds himself. The panel blocks are “breeding grounds” for hatred and hopelessness.

Pavel Vesnakov does not make cinema for pleasure and temporary thrill, but for change. It shows you what you don’t want to accept exists and doesn’t look for commercialism in your films. His ambition is to hear the fierce roar against the condition of our country, and the appeal for help is for its salvation. There is no way a person surrounded by negativity can not “hear” and perceive this.

Maybe this film will not solve the problem, but it will be a cornerstone for the path of the future generation.

The acting is impressive. The whole film was shot with only one camera. The shots bring a sense of movement and authenticity. They get you involved in the incident, provoke unexpected emotions, instead of everything being presented objectively from afar.

The locations are the industrialized parts of Bulgaria that you don’t want to see. They play an important role in building the atmosphere of the film.

The director Pavel Vesnakov, coming from a remote district of Sofia, shows the feelings and influence that such a place has.

Much of the film takes place in the evening. Probably a metaphor for the difficulties on our way to growing up and realizing that a tree without a root is slowly dying.

Every day closer to the dream reality, every day more and more confused and in spiritual misery.