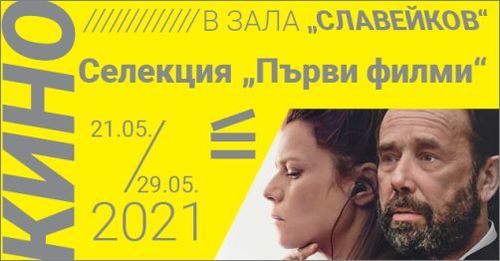 In order to promote auteur cinema, the French Institute in Bulgaria presents from 21 to 29 May 2021, as part of its weekly screenings, a selection of “First Films” by Francophone directors.

The selected titles draw attention to innovative and creative cinematography, in which there is freedom of tone and form of expression. These stories between reality and fiction provoke reflection on the contemporary context of the universal questions that people around the world are trying to find answers to.

Thirty-year-old Pierre raises dairy cows. His life revolves around the farm, his veterinarian sister and his parents, from whom he inherited the farm. After announcing the first cases of an epidemic in France, Pierre discovered that one of his cattle had been infected. He can’t come to terms with the loss of his animals. To save them, he has no choice but to resort to extreme measures…

Yves lives illegally with her two sons, Sylvain and Pierre. Ten years earlier, he had abducted them from their mother despite a court ruling. But the boys grow up and endless hiding deprives them of their teenage dreams. Hidden on an island on the Loire River, the younger son Sylvain meets Gilda: first glances, first love and the first stage of a good life – his own.

Ever since Nora witnessed the trial of Jacques Vigier, accused of killing his wife, she has been convinced of his innocence. Fearing that it was a miscarriage of justice, she urged a well-known lawyer to defend him on appeal. Together they will fight a decisive battle against injustice. But as the noose tightens around the one everyone accuses, Nora seeks justice to the point of self-forgetfulness.

The film will be presented by its director Antoine Rimbault. The screening will be followed by a discussion with the audience. Translation provided.

Sudan, the province of Al Jazeera today – when Muzamil was born, a prophecy from the village priest predicted that he will die when he turns 20. Muzamil’s father could not accept that faith and left their home. Sakina, a young mother, raises her son with too much concern. One day Muzamil turns 19…

Entrance with a ticket (standard price BGN 6 / reduced price BGN 4) or with a subscription card.