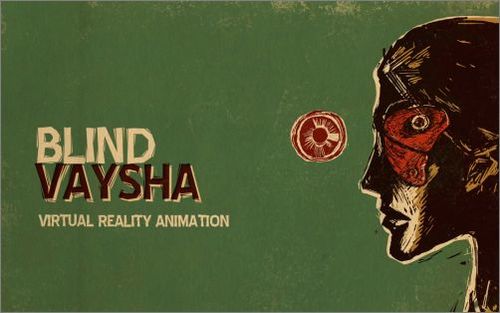 For the first time, Kinomania Presents Films Made Through Virtual Reality

For the first time, Kinomania presents the latest film technologies, giving its viewers a chance to experience the emotion of screenings of films shot through virtual reality.

The audience will have the opportunity for many experiences that will immerse them completely in the emotion of the film. VR Mania is organized by Kinomania, VR Lab BG and Sfera and is part of the events of Sofia VR Fest.

Between April 9 and 18, 2021, in Hall 4 of the National Palace of Culture, viewers will be able to enjoy five short films combined in 45-minute slots. The sessions will be every 30 minutes.

World-famous Blind Vaysha is among the titles in the program. Teodor Ushev’s film based on the story of the same name by Georgi Gospodinov’s novel has been nominated for an Oscar for a short animated film. Vaysha is extraordinary – with her left eye she sees the past, and with her right – the future, which does not allow her to see in the present. In this metaphorical tale of wisdom and beauty, the director Teodor Ushev reminds us how important it is to live in the present time.

In Ganka’s shoes is one of the two Bulgarian proposals in the selection. The director of the production is Hristian Ignaev. The film tells the story of one of the Roma families from the village of Voyvodinovo, evicted from their homes on the night of January 7, 2019. Ten months later, when the video was shot, Ganka’s family is still homeless, although the European Court of Rights ordered the person to take urgent measures to Bulgaria to be accommodated immediately in municipal housing. By 2021, the situation is unchanged, and the state continues to close its eyes.

6.16 pm is the other title from Bulgaria with director Rosen Mihailov. This is a film created in the style of dance theater with 360-degree video technology, which puts us in a situation of forced waiting. There one communicates with people not of one’s choice and absurd comic situations arise from this. The original and surprising staging decisions and the unexpected comparisons of body and space, of music and image, of image and meaning, are highly provocative and even challenging, without leaving the framework of delicacy.

The Guardian, directed by Giuseppe Bonifati, is also one of the intriguing films in Hall 4. It is an interdisciplinary project designed for museum spaces that combines virtual reality, performance and art criticism. The protagonist is an artist appointed to guard a museum, who integrates his performance in the context of the exhibition. Viewers will experience the mixed and transformed reality, immersing themselves in the fabric of the works of art he preserves. The project can be viewed both with virtual reality glasses and through augmented reality on mobile phones.

The surreal tragicomedy Dust by Dust is another exciting film from the VR program. The Dutch production is directed by Ingejan Schenk, Jamil van Weinhaarten and Staye Halema. The 11-minute sentence will immerse you in the story of a dysfunctional family, hostage to the strange death wish of his grandfather. Captured from the point of view of a cremation urn, the experience introduces the viewer to the colorful family members, each of whom seems to live in his own separate reality.

The whole program of Kinomania can be found at kinomania.bg

Tickets at the box office of the National Palace of Culture and at tickets.ndk.bg.