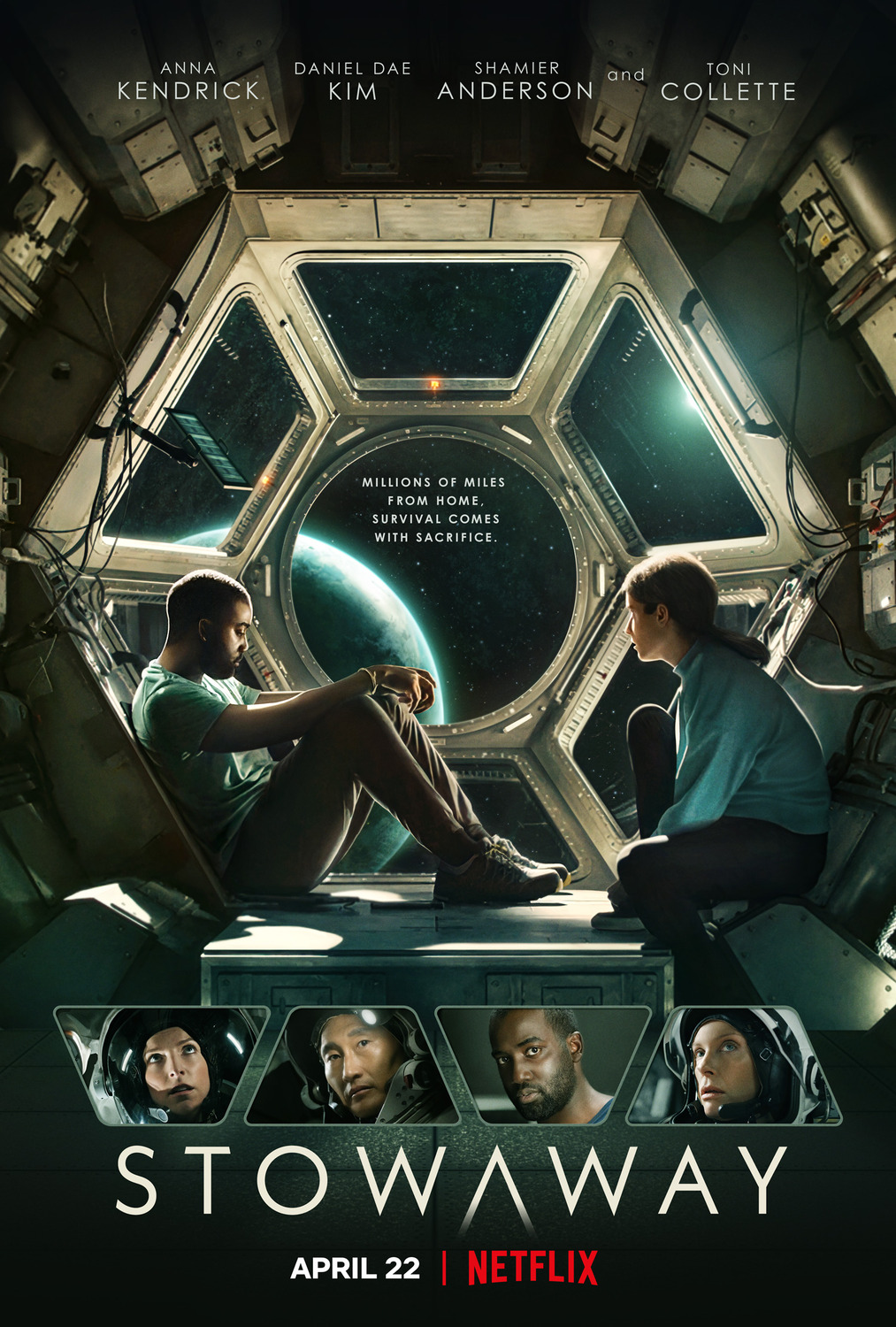 Couple of days days ago, we saw the first screens of director Joe Penna’s space drama Stowaway, which intrigued us even beyond the fact that it combines several of our favorite types of films into one, offering us a curious case of whether (and if so, under what conditions) it is justified to sacrifice one human life in the name of saving three.

In Stowaway, during a flight to Mars, the surprise appearance of a passenger “without a ticket” (Shamir Anderson) caused serious shocks among the three-member crew of the ship and calls into question the successful completion of their two-year mission. Faced with the prospect of a fatal end, as the life support system could not cope with the extra man on board, the medical researcher (Anna Kendrick) turns out to be the only person who opposes the clinical logic of her commander (Tony Colette) and the ship’s biologist. (Daniel Day Kim)

Now Netflix has introduced the first trailer for Stowaway, which, at least for us, further complicates the moral dimensions of the case, revealing information that the passenger without a ticket is on board against his will, and the inability of the system to sustain the lives of all four is the result of damage.

This is already a situation in which we personally would risk our lives (within reasonable limits, of course) in an attempt to save everyone. Because, if we are talking about a man who acted completely consciously, we will have much less scruples to sacrifice him in the name of our life and the successful completion of the mission. However, it seems to us that solving the problem will require more physical effort than intellectual, and not the other way around, as we initially thought.

The premiere is on April 22 on Netflix.