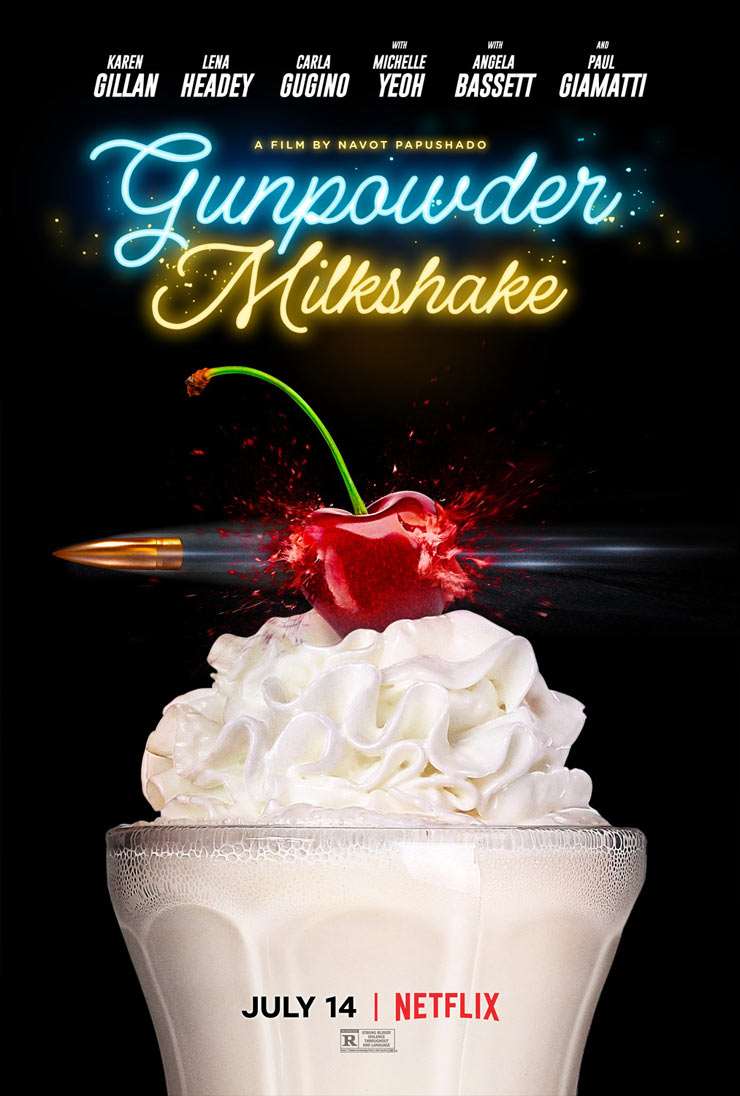 After a long wait, our final return to the cinemas has already begun, en masse and just in time for the summer. This automatically means that we will be able to watch a lot of action candidate blockbusters, some of which will genuinely entertain us, while others will make us dream of being able to erase our memories selectively to fix them quickly. We are keeping our fingers crossed for Gunpowder Milkshake to realize the potential of its fun title and to be one of the kinetic, colorful and fun action movies we love to watch.

A few months ago we saw the first promising footage from Navot Papusado’s upcoming film, and now we have the opportunity to see the first trailer, which also attracts us with its colorful, although it definitely does not look like something particularly interesting or unique from a plot point of view.

Recall that “Gunpowder Milkshake” tells of the assassin Sam, who works for the mafia organization The company, which raised her after her mother Scarlett, who was also a murderer, abandoned her at the age of 12. Sam now executes every wet order of the Company efficiently and without asking questions, while during one of her missions another little girl’s life is threatened. Then the main character decides to rebel against the organization to protect the child, and the three Librarians, her mother’s old friends, and Scarlett herself come to her aid.

From this trailer flows a terribly pleasant healing atmosphere, which attracts us both visually and with its tone. Obviously, everyone in the cast is having a great time – we’ll be happy to watch “serious” actresses like Carla Gugino shoot with machine guns, while Karen Gillan has long deserved to lead a high-speed action adventure like this. Paul Giamati, in the role of the mobster at the head of the organization, also immediately smiled at us as we watched him “chewing the scenery”.

It’s true that we don’t expect anything special from the plot, we just keep our fingers crossed that the story is just not completely clichéd, so that we can generally ignore it without annoying us while having fun with the well-shot violence.

The US premiere, both in theaters and on Netflix, is scheduled for July 14.