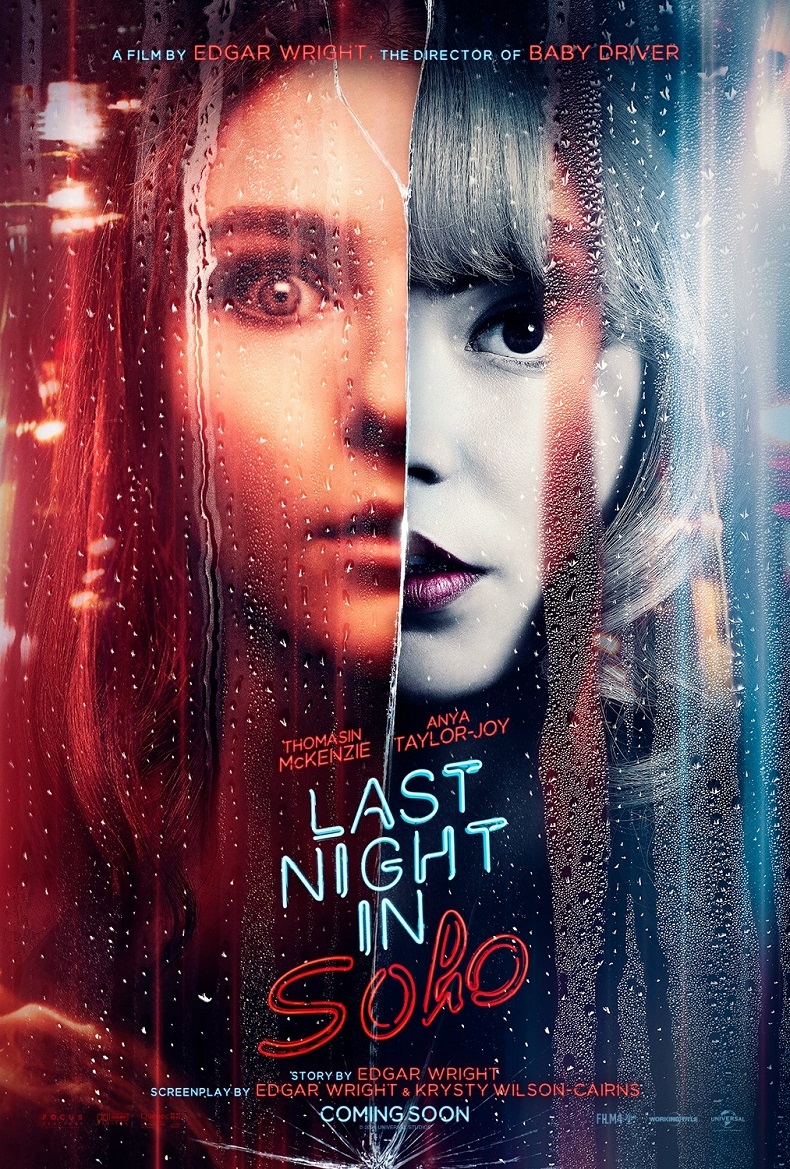 “Last Night in Soho” is one of the films we were most angry about being moved because of the pandemic, but on the other hand, we’re glad it wasn’t thrown on streaming platforms. and eventually we’ll be able to watch it on the big screen (unless something goes wrong with the native distribution, of course). It so happened that the decision to postpone its premiere was made quite early, as a result of which we never saw a trailer and for almost two years we drove only in photos. Now, however, the first trailer is a fact and we can say that the wait was worth it.

Recall that “Last Night in Soho” is a psychological horror thriller that tells the story of Eloise (Thomasin Mackenzie) – a young girl who nowadays moves from the countryside to London to pursue her passion for fashion design. However, things did not go smoothly and in a mysterious way Eloise found herself in the 60s of last century in Soho, where she met her idol – the glamorous, dreaming of being a singer Sandy (Anya Taylor-Joy). The two soon discover that beneath the apparent splendor of London’s artistic district lies something sinister – time seems to be falling apart with grim consequences that threaten to engulf them whole.

Wonderful! We get everything we expected from our beloved Edgar Wright and we don’t want to see more and more detailed ads. We are in the cinemas! Let’s just say that there are people among us who have watched the film, who say that after this trailer they really want to see it again, but apart from “feeding” them, nothing else comes to mind.

Last Night in Soho is directed by Edgar Wright (“Shaun of the Dead”, “Hot Fuzz”, “Scott Pilgrim vs. the World”, “The World’s End”, “Baby Driver”). “), Who is also a screenwriter, along with Christy Wilson-Cairns (” 1917 “). In addition to Anya Taylor-Joy and Thomasin Mackenzie, the cast includes Matt Smith, Diana Riggs, Terence Stump, Rita Tushingham, Jesse May Lee and others.

The premiere is currently scheduled for October 22, 2021.