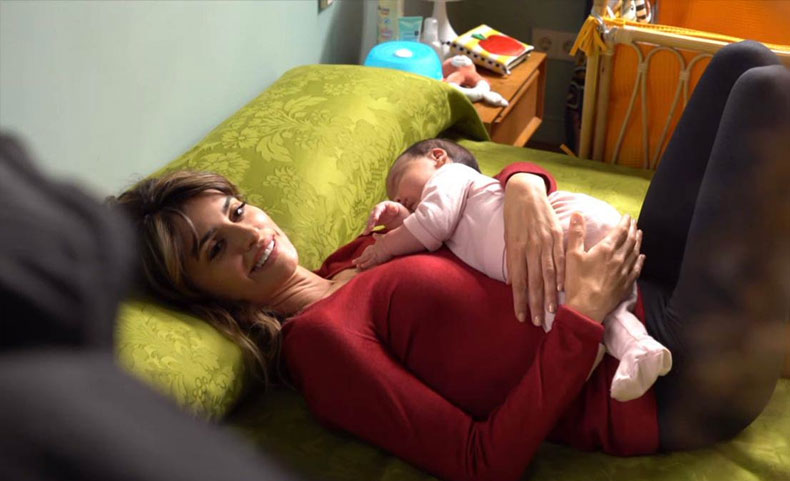 The short “The Human Voice”, which we were lucky enough to watch at Kinomania, was wonderful, but left us longing for a new full dose of the work of the great Pedro Almodovar. Thank God, the Spanish master has already finished shooting his next feature film – “Parallel Mothers” (“Madres Paralelas”) and we will not have to wait too long to see it on screen.

When we presented the project almost a year ago, we mentioned that with “Parallel Mothers” Almodóvar returns to one of his greatest inspirations and a central theme in his work – motherhood, and the film will tell the parallel stories of two women who give birth to at the same time. Now, however, we learn from the official synopsis that the mothers will be three, not two, and unlike usual, this time Almodóvar will turn his focus to imperfect mothers.

I return to the female universe, to motherhood, to the family. I am talking about the importance of ancestors and descendants. The inevitable presence of memory. There are many mothers in my filmography, but those who are part of this story are different… As a narrator, currently imperfect mothers inspire me the most.

The three mothers include Almodovar’s longtime creative partner and muse Penelope Cruz, Aitana Sanchez-Gijon and the young Milena Smith. You can see what they will look like in the roles of the first photos from the film, as well as in the official video “behind the scenes”.

It is time to note that in “Parallel Mothers” we will also see Israel Elehalde as the main male character and two other long-time favorites of Almodovar (and ours) – Juliet Serrano and the unadulterated Rossi de Palma. We have nothing else to add at this stage. We adore Pedro Almodovar and his “female” films, and we can’t wait to see what he has prepared for us this time by shifting his focus to “imperfect mothers.” We have no doubt that the end result (apart from being a good movie) will be difficult, but wonderful and terribly emotional.

There is still no official date for the premiere of “Parallel Mothers” (“Madres Paralelas”) (there were hopes for the upcoming Cannes, but the chances are slim), and the most optimistic forecasts are for the end of the year, but we are probably talking about the beginning of the next.

Newer PostFacts, Myths and Legends from the History of Sofia Come to Life
Older Post Angela Robinson will Direct a Remake of Tony Scott’s The Hunger.