If we say that Killers of the Flower Moon is among the most anticipated films, it will be both a cliché and an understatement. Every new project by Martin Scorsese is an event, and when it involves the director’s two biggest favorites, who are also exceptional acting talents – Leonardo DiCaprio and Robert De Niro, there will hardly be a person on the planet who loves cinema and remain indifferent. And in addition to that, we have an extremely interesting story.

Recall that Killers of the Flower Moon was written by Eric Roth, who adapted David Gran’s true-crime bestseller The Killers of Oklahoma and the Birth of the FBI. The action takes place in the 1920s, when the Osage Indian tribe in Oklahoma became rich thanks to the oil discovered in their lands. Soon, however, members of the tribe fell victim to a series of unsolved murders (known as the Reign of Terror) and the recently formed FBI and its young director, J. Edgar Hoover intervened, one of the first major investigations of its kind.

After years of preparation, the production of Killers of the Flower Moon finally started last month and yesterday Apple (who bought the rights to the film) presented the first official photos. In it we see Leonardo DiCaprio and Lily Gladstone as Ernest Burkhart – nephew of a wealthy and influential local owner of a large ranch (played by Robert De Niro) and his wife Molly, who is part of the Osage tribe. The scene takes place in 1919 in Greyhorse, Oklahoma, at the beginning of their relationship, after Molly invites Ernest to dinner and a connection develops between them.

At this stage we have nothing to comment on – the photo looks great and we can’t wait for the movie. If you’re curious, you can find a little more about Osage’s customs and comments on some of the things (clothes, bowls, etc.) we see in the scene in this article. Here is the time to note what Martin Scorsese said at the official start of filming:

We are finally excited to start filming Killers of the Flower Moon in Oklahoma. To tell this story at the place, where these events took place, is extremely important so that we can accurately recreate the period and the people. In preparation for the filming, we would like to thank Apple, the Oklahoma Film and Music Office and The Osage Nation, and especially our Osage consultants and cultural advisors. We are excited to work with local actors and a team to bring this story to the screen and immortalize a period of American history that should not be forgotten. 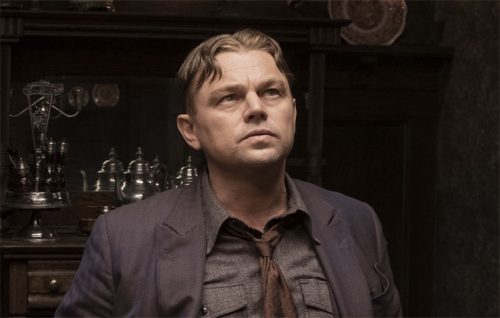 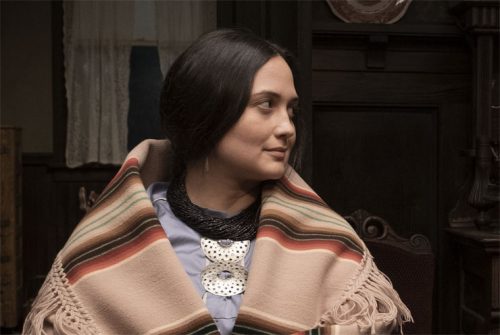 In the 1920s, the richest people in the world (per capita) were members of the Osage Indian tribe in Oklahoma. Once oil was discovered in their lands, they began driving luxury cars, building mansions and sending their children to study in Europe. Suddenly, one by one, they begin to die, and the family of a woman, Molly Burkhart, becomes a major target for the killers. Her relatives are dying from gunshot wounds or poison, and this is just the beginning.

In recent days in the Wild West, many people who have dared to investigate the killings have also become victims. When the death toll was 24, the FBI took up the case and J. Edgar Hoover turns to a former Texas ranger named Tom White for help. Together, they form a team of undercover investigators who begin to uncover one of the most chilling conspiracies in American history.

No premiere date has been announced yet, but expectations are for 2022.