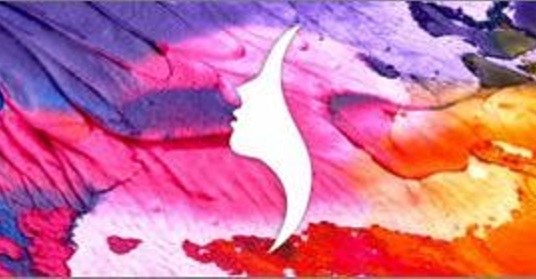 First edition of the International Portrait Film Festival in Bulgaria

The festival will open on November 15, at 19:00 in the Cinema House in Sofia with a presentation about the ideas behind its organization. The first edition will launch with a film from the Official Selection of IPFF Dedication Film for 2020. The name of the production is Feeling Through. It is a portrait of two people, the chance meeting between them and the potential of all of us to look and listen more carefully and with more warmth. There will be an opportunity to meet the film’s director, Doug Roland, through a video connection.

Two more exciting screenings await us at the Cinema House on November 16 – portraits of a funny misunderstanding, a sweater, a few barrels from Scotland, and the parents who found (or not so) their vocation.

On November 17 and 18 everyone at Kino Vlaykova could immerse themselves in three more film sets: listen to the radio and peek through the blinds, one could travel to Paris, to distant Brazilian landscapes, streets of Congo, meet with an artist and his creative studio.

There are three Bulgarian films in the Official selection of IPFF.

David Dzhambazov’s Think Freedom: Freedom is a State of Mind that is about freedom and possible paths to it. A close-up portrait of Rainer Adam and his broad view of the horizon. My Gypsy Road by Vilma Kartalska and A Monologue in the Intermission by Petar Valchev lead us to two inspiring women and their stage and personal worlds.

On November 18, at 19:00, at Kino Vlaykova, will be announced the winning films in each category: film portrait, film self-portrait, collective portrait, alternative portrait and portrait in motion. The awarded works will be selected by a seven-member jury of professionals from around the globe, working in areas of culture and visual arts.

The festival journey will continue south, because in Plovdiv it will stop in the artistic atmosphere of Club Fargo – Thursday, 19.11. Together with friends, like-minded people and spectators people can enjoy short movies, but also discuss. The next day – November 20, the festival will move to the Lucky House of Cinema for two screenings of films from the Official Selection.

The first edition of IPFF will end at the sea coast, in Varna, on November 23 and 24 with four final screenings.

IPFF will also have a very special master class “Overcoming the Gap: The Audiovisual Essay in the Modern Media Sphere”. There will be examined practices and ontology of the audiovisual essay, guiding viewers through its interesting existence in the fields of film science and film criticism. It will be a stimulating experience that will try to answer important questions: why does academia rely primarily on the verbal to analyze the audiovisual? Which video is an audiovisual essay and which only looks like one? What is the meaning of this format?

The fantastic young platform Cinenso.com, specializing in the digitization of film events, will host IPFF in an adventure called an online festival. In addition to the Official Selection, it will be possible to see projects that distinguished as strange and unforgettable finds, divided into two selections: For the peculiar-eyed Selection and Thrilling Impressions Selection.

Part of the accompanying program of the first edition of IPFF will be an open virtual discussion panel with the participation of directors of the selected films.