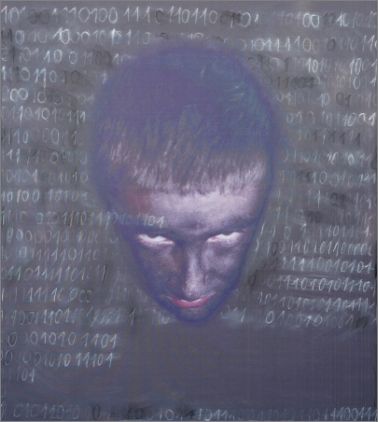 The large-scale exhibition of contemporary art from the Czech Republic, prepared for the National Gallery and the Bulgarian public, is named after a map of the Czech lands from the Baroque period, outlining a distinct silhouette of a rose. The exhibition also outlines a thematic map, the content of which is subordinated primarily to the imagination and ecstatic baroque senses in the works of thirty-three established contemporary artists working in the Czech Republic. The presented themes, shapes and symbols form a powerful stream of scenes, resembling dreams, fantasy worlds and parallel realities, often caused by the impulses of everyday life. By questioning reality, the authors share with the audience their new feelings and visions of reality.

The absurd and the grotesque, the virtual reality, the rich mixture of cultures, styles and variety of means of expression are only a small part of the characteristics of modern society. The art of the Baroque era favored the “changing appearance”, the movement and the form in function. All of them, and especially the problems of identity, gender and androgyny, already traced by the Baroque, are more than relevant today.

The curators also see the exhibition as a bridge based on “the hope that the spectator, whose knowledge of the Baroque is theoretical rather than formed through direct contact, will be attracted by the visual spectacle thus prepared.” BOHEMIAE ROSA has a powerful conceptual structure, triangulated by the semantic Orbis pictus, Theatrum sacrum and Theatrum mundi, which refer to the individual visual sequences as a free theoretical-interpretive framework, but also as a whole cultural-historical platform.

“The best way to be faithful to a certain inheritance is to cheat on it, ie. not to take it literally, as a whole, but rather to try to incriminate it, to reach its dogmatic moment “- the quote of the French philosopher Jacques Derrida is perceived by the BOHEMIAE ROSA team as a close understanding and feeling while she transcends its predetermined cartographic parameters, far beyond the territory of Bohemia. It blurs the outlines of the rose, turns out to be out of the shadow of the centuries, to present baroque trends that are valid for modern culture.