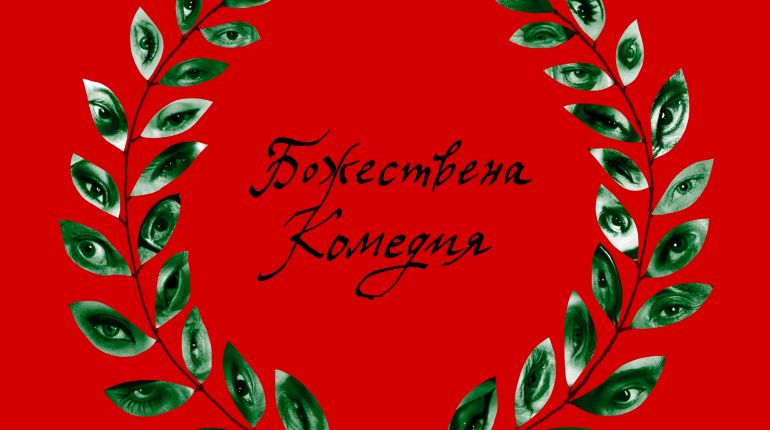 Divine Comedy and the New Motto of Cinelibri 2021

The seventh edition of the eagerly awaited Cinelibri film and literature festival will take place between October 2-31 in Sofia and seven other cities in Bulgaria: Plovdiv, Varna, Burgas, Veliko Tarnovo, Gabrovo, Blagoevgrad and Stara Zagora. This year’s motto is “Divine Comedy”, with which the only film forum in our country, inspired by literary masterpieces and their readings on the big screen, celebrates 700 years since the death of Dante Alighieri, the “father of the Italian language”.

The festival presents its official new vision, the work of the talented artist and visual artist Maria Nalbantova. A graduate of the National Academy of Arts, Maria has participated in exhibitions in Spain and France and has won many awards at home and abroad. She excels in the field of contemporary visual arts, experimenting with different media and techniques: drawing, collage, art book, installation, video. Here Maria interprets the idea of ​​the laurel wreath, which instantly refers to the image of Dante and the interaction between literature, cinema and fine arts. In visual iconography, the laurel wreath is a symbol of dignity, glory, nobility and courage, and in the myths of ancient Greece it is associated with Apollo, the patron saint of arts and competitions. It is no coincidence that many of the film awards today integrate the image of the laurel tree. Apart from being an almost obligatory attribute in the depiction of the author of the Divine Comedy, in this case the wreath also acts as a symbol of reading, watching and understanding. A legendary artist “peeks” through each leaf – we are talking about representatives of different eras, races, ages and nationalities, who suggest the message that the artist is unthinkable without his audience. Maria Nalbantova is also working on the official video of the festival, as well as on the performance that will kick off the opening ceremony. Details about them will be revealed further.

Traditionally, this year the program provides for two competitions: for a feature film and for a short film. In line with the concept and the key vision of the festival, the film productions outside the official competition are divided into seven modules, incl. The Seventh Heaven, The Seventh Art, The Seven Seas, The Seven Wonders, The Lyre of Apollo, The Pleiades, The Seven Dwarfs. Each module consists of seven films. The module with films included in the prestigious international feature film competition is called the Pleiades and covers 7 films with “star status”, such as the Pleiades in ancient Greek mythology, and the short films included in the program are combined in the module Seven Dwarfs. Behind the seven strings of the Lyre of Apollo, which symbolizes virtues such as moderation and balance, are 7 equal world premieres!

The opening ceremony will take place on October 2, and tickets for the ceremony go on sale on September 1. Given the complex health situation, this year the festival will have a parallel digital edition, which will take place on the platform Neterra TV. The film premieres in October are expected to be attended by many special guests, incl. directors, screenwriters, actors, producers, luminaries on the European film and literary scene. The authoritative representatives of the jury and the title, which will open the festival in early October, are to be announced. The organizers envisage strict observance of all measures guaranteeing the health and safety of the spectators!