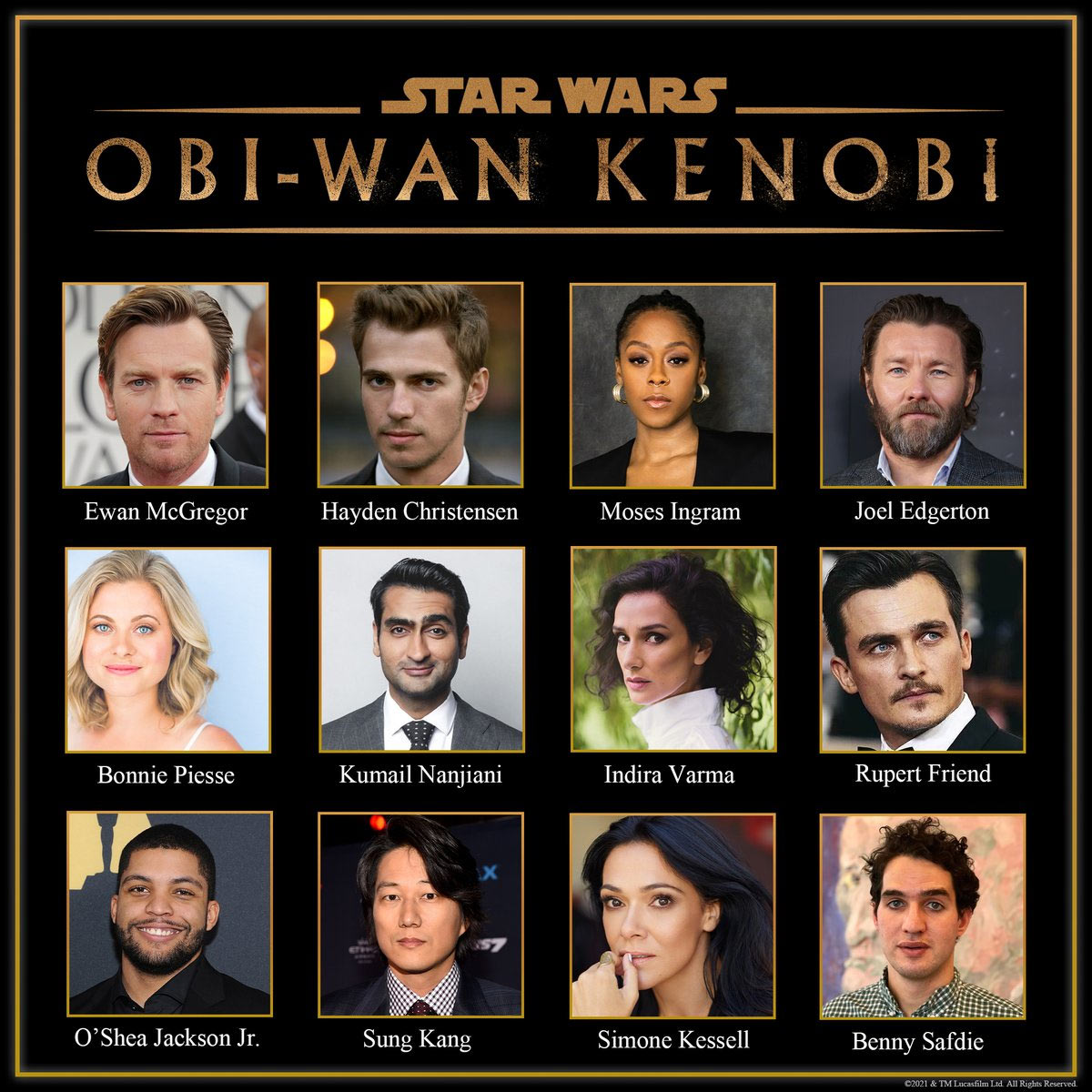 Disney Announced the Lead Cast of the Obi-Wan Kenobi Series

From time to time, Disney remembers that they need to bring updates to all those who (still) have expectations for the upcoming expansion of the Star Wars universe, part of which is the feature series dedicated to our beloved Obi-Wan. Kenobi. We knew that Ewan McGregor was returning to the title role (without him it would not have happened), and that Kathleen Kennedy managed to persuade Hayden Christensen to put on the iconic mask of Darth Vader, and now it’s time for the details of the rest of the cast.

We remind you that the official title of the series is Obi-Wan Kenobi, and the events take place in it 10 years after Star Wars: Episode III – Revenge of the Sith, at the end of which – remember – Obi-Wan did what he had to hide from his former Paduan Anakin newborn twins Luke and Leah. Some of the roles in the upcoming series are distributed among Joel Edgerton, Bonnie Piesse, Moses Ingram, Kumail Nanjiani, Indira Varma, Rupert Friend, O’Shea Jackson Jr., Sung Kang, Simone Kessel and one of the directors of Uncut Gems Benny Safdie. Edgerton and Piesse will reappear as young Uncle Owen and Aunt Beru, in whose care Obi-Wan entrusts little Skywalker.

With the announcement of the team of Obi-Wan Kenobi, it becomes clear that the beginning of the filming process is scheduled for literally now – in April. No more procrastination – it’s time for Ewan McGregor! The director’s responsibilities fall on Deborah Chow’s shoulders – if she does well, she will be showered with applause, if not – fans will be quite angry. Especially after the success of The Mandalorian fans are waiting and will be ruthless if they are not “served” from the same kind of good content.

The executive producers of the series, which will become a major asset for Disney +, are Ewan McGregor, Deborah Chow, Kathleen Kennedy, Michelle Revan and screenwriter Joby Harold. Everything is clear, only thing lefts is the studio to share when the premiere date will be. Most likely, the fans will have to be patient until next year.