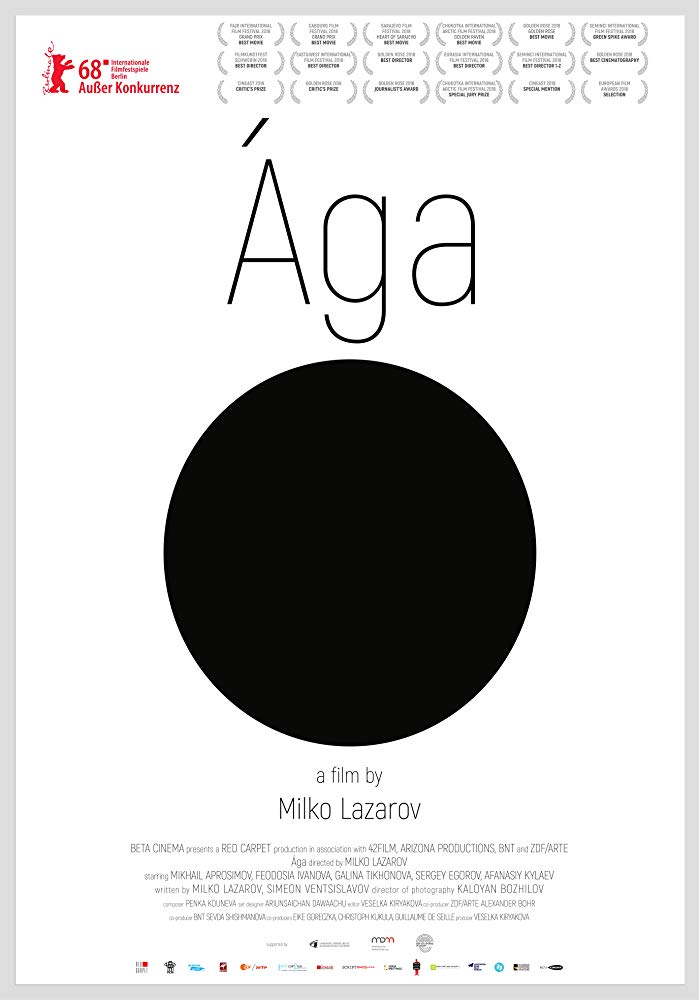 Director Milko Lazarov: The Film Ága is a Legend About the Last Family

Milko Lazarov graduated from the National Academy of Theater and Film Arts, where he has taught “Experimental Cinema and Stage Production”. His debut with Alienation was selected at the Venice festival, and the second one, Ága, was the first Bulgarian film in 29 years to be part of the official selection of Berlinale, the winner of the big prizes at the Sarajevo and Tehran festivals, as well as Bulgarian Golden Rose, and others. The interview was seen originally on segabg.com

How did you come up with the idea for Aga, a seemingly distant story about an Inuit family in the Far North?

I’ve been thinking a lot about why I engaged with this project. The roots may have been in my childhood when I was reading books about North Pole researchers, the South Pole, about Roald Amundsen, the airship … I lived in these stories, I was a very sensitive child. My parents even took me to the hospital once, because of excitement I was getting a great palpitations. Later I hardened, I developed a thicker skin. But there was the memory of this “white” period, I was still excited to go to these places.

The set production of Aga must have been quite complicated. Did you have difficulty finding locations, actors –  we hear that the locals had trouble being authentic?

That’s the style of acting there. They are influenced by the Chinese and Mongolian theaters. We had great problems with this, even though I was about to change the main character in the beginning. Before that, we went a long way to find where to shoot. Yakutia was our last choice after we rejected Canada and Greenland.

Was the higher price the thing that stopped you?

Not only. It is very difficult to get there. They monitor the script and there is a slight extortion. I felt it in Canada, where a woman is responsible for this community, the Inuit in Nunavut province. She did not say it directly, but I felt she wanted to change things, present them in a different light. In a state of panic, I was also thinking about shooting locations around Silistra and Cherni Vrah during winter time, but it would not have been the same. The sky, the illumination in the north is different.

How did you communicate with the actors, in Russian?

With the few who knew English – in English. I speak Russian well, but some of them only speak the regional language. Otherwise, they all have Russian names, they are totally assimilated, but some who lived in the godforsaken ареас of the taiga do not know Russian. Such is Galina Tikhonova, who plays our main heroine, Aga. It is hard for me understand her, even now, at the festival in Sarajevo we were together. We actually find understanding, because we already know and love each other, but a rather non-verbal way.

Despite these difficulties, you have no prejudice about working with foreigners. In “Alienation,” for example, some of the actors are Greeks.

I do not have much experience working with actors – after I choose them I do not work very much with them. I avoid rehearsing. Not that I believe I will lose some kind of energy, it is just that we do not have time for it – the shooting period is short. It seems to me that the actors should not know what the director has in mind. Then it becomes more authentic – there remains a slight anxiety, an anxiety. I have colleagues who seem to be excited by the fact that they are enlightening some of the actors. Everyone has an approach I guess. But when you choose an actor – you die in them. That’s what a great Russian pedagogue said. The actor becomes your avatar, he drives you ideas without knowing.

The central theme of Aga is the breakdown of family and community.

The film is about it. There is not much of an ecological story line that some find – although spring comes early, ice is cracking … we’ve tried in an elegant way to show that there is such a problem because we can not turn away from it. But it is not the main one. The one other was more important – two old people in the Rhodopes, whose daughter is studying in Sofia, god forbid if abroad – that’s the same story. The breakdown of family ties is also a Bulgarian subject.

When one thinks about it, it is not new – throughout history, since antiquity, there has always been a decadence of values. The sins of mankind, from the apple to the present day, are very heavy. There is some patience of the god that is limited – and a moment before the apocalypse, there is silence. In this silence I tried to position my film. In a manner to realize what have we done, how far did we push it all, whether everything will fall over us while Mahler plays in the background like a epitaph.

Do you believe we are facing apocalypse?

It is inevitable. We will first have personal apocalypses that happen sometimes every day, sometimes more often than that. We all need to repent. That it did not happen to us makes us aggressive, deprived of empathy. And it comes to excesses – for example the statement of the Bulgarian Deputy Prime Minister about the mother of children with disabilities. It is monstrous statement, but in fact behind it, this man longs for repentance. He longs to cry in front of these mothers, to fall to their knees before these little children, kissing their feet, which some of them do not have. And he is ashamed of it, and exactly that makes him cynical and aggressive.

What comes next after the success of Aga?

Aga has many great successes, unexpected for me. But now I do not want to shoot. I have the feeling that when I make a movie, a huge lamp lights up inside me and illuminates the darkest corners. The things I’m ashamed of – not before others, by myself. And it takes time, the darkness to populate me again, to put secrets here and there so I can make a movie again. It is no coincidence that I do not apply for a project right now, although it is
best time for it, ARTE are asking me go forward with something new. The film has proved to be the most successful for our distribution company, the most successful for our French and German producers, and they all poke me and say – hurry, now you can work with very big actors …

Aga would actually be even stronger at the bigger festivals if it was done more industrially, rougher, without the final scene, but I decided to deliberately warm it, to be more melodramatic. Now people cry when they watch it, from Australia to Chukotka. At Chukotka we took the big prize at their festival, which is awarded by the audience. When it got selected, we sent our German co-producer there. And because everything in the movie is a fiction – they do not fish like that, they do not live in such yurts, they do not even say that, we were afraid that we used those Yakuts. At the same festival there was their most successful film of all time, which won the Moscow Film Festival, King-Bird. And in their forums they write – why it did not win the instead of Aga, made by foreigners? The answer by an ethnographic woman studying the Inuites was – well, our people saw themselves in the film. They cried to Aga and said – that is our longing, our life we ​​have forgotten. As I read this, I calmed down, my whole sense of guilt disappeared.