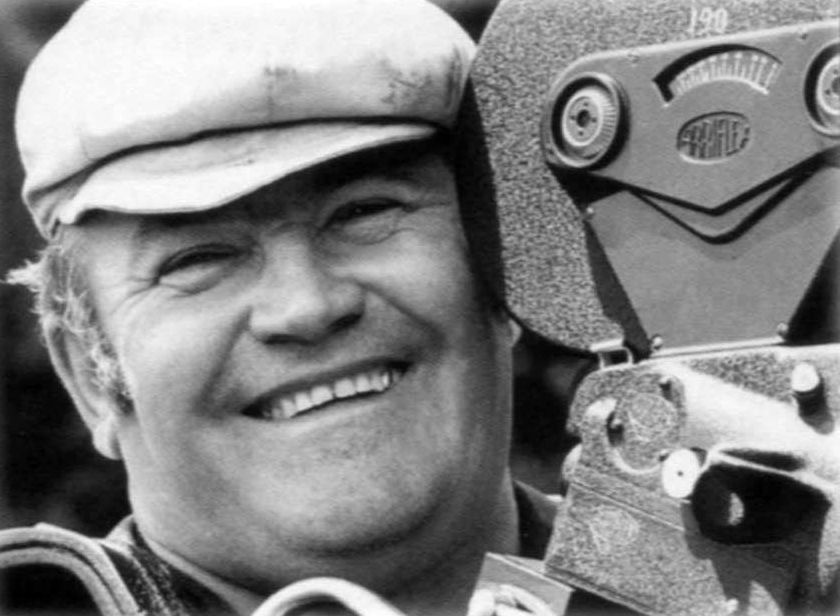 Can you imagine what it’s like to shoot kilometers of film and leave a legacy of priceless shots in over 70 films – also being some of the best in the history of Bulgarian film production ?! Dimo Kolarov managed to do that. He did it throughout his life, and it gave him the joy of feeling fulfilled.

Cinema filled his existence in such a positive way that he did not imagine that one could live “differently”.

Until his passing, on February 23, 1997, he remained “in the frame” of his own perception of life – to work without being interested in money and rewards, without exalting himself and trading in recognition. “What could be better than doing what you love ?! If it wasn’t for this job, I don’t know what I would do? …”, Dimo says in the documentary about his life.

And did you know that for The Goat Horn he received a “Silver Hugo” in Chicago and a cash prize of 35,000 dollars ?! And when he retired, he lived on a modest pension in an apartment given to him by the SBFD and sold everything “at half price.” With the money from the car he bought a motorcycle, and with the money from the motorcycle – bed sheets. But if you ask any of the living veterans from Boyana Studio about him, they will smile and always remember something, not sad and desperate, but something cheerful – some memory, a joke, his famous expression. “mame,” or some catchphrase uttered with his inherent, wide-ranging, simple-hearted smile.

He was a positive man who saw life from  his own angle —  he never complained and left this world happy to have lived.

“I’m a happy person. A mile-long strip where the good was more than the bad, and the laughter outweighed the sadness,” he said in an interview.

His filmography is so large that it is difficult to list in 2-3 titles from all the films he has made. But if we must mention some, these come to mind: The Goat Horn, The She-Wolf, Captain Petko Voivoda, The White Room, Mr. Nobody, On the Small Island, There is Nothing Finer than Bad Weather and Burn, to shine.

His life is a “movie within a movie”. Child of a shoemaker from Popovo. The memory of his father – “His wallet was always torn and empty … My father was a very good man! …” The old man dreamed of his son Dimo ​​becoming a doctor. What did Dimo ​​himself dream of? – To “photograph life”.

The greatest parental gift in his childhood was an accordion. He has been playing from the heart since he was a child. There comes a time when he earns his living as a street and “pub” musician. “Playing music helped me a lot,” admitted Uncle Dimo ​​during his lifetime, because he earned his living by playing.

“And how many plates and floors I’ve washed in my life, I cannot even count them!” He added.

Because since he was a child he went to his native Popovo to wash the floor in the local cinema so that he could watch films for free. Here comes the second big parental gift – a camera. He took his first photos with it. And so his childhood passed – with the accordion, the cinema and the photos. He wants to study cinematography himself – with hard work and perseverance he achieves his dream.

One day he got on the train to Belgrade – that’s the furthest his money could take him, and then he would think about how to get to Prague. His father sent him to study medicine, but Dimo ​​made other plans. A good woman on the train heard his story and gave him money for a ticket to continue to the Czech capital. There is the Academy of Fine Arts he dreamed of and has a film department. He manages to achieve this dream of his. Before the exams, he played on the streets of Prague and washed dishes in a diner to make a living.

In 1946 he was accepted and enrolled to study in the film department of the Academy under Professor Karol Plitzka. While still studying, he worked as a cinematographer at Spravadajski film in Prague, where he made documentaries.

Returning to his homeland, he was employed in “Bulgarian Affairs”, and from 1954 until his retirement, he worked in the feature film studio “Boyana”. He shoots mainly with the directors Rangel Valchanov, Metodi Andonov and Nedelcho Chernev, but also with many other of the most prominent Bulgarian directors. Many of Bulgaria’s famous actors first saw each other on the screen from a tape shot by Uncle Dimo.

Katya Paskaleva became a star overnight after the screening of the film The Goat Horn, and Metodi Andonov himself has repeatedly admitted that the scene in which her heroine had to mourn her lover was completely “decided” by the cameraman – Bai Dimo. While the rest of the team felt it, he caught the “wave” of Katya’s emotion and, crawling on the grass, took the unique shots that we all remember.

Dimo Kolarov himself modestly leaves himself in the background:

“Metodi liked to ask everyone how to do this, what to do, and in the end he did what he decided!”

The footage from The Goat Horn serves as proof of his masterful cinematography of the black-and-white film. Dimo Kolarov manages to make the shots so expressive that the film does not need many words. The Goat Horn is a “half-silent” world masterpiece! “, Said the late critic Georgi Stoyanov-Bigor.

Dimo Kolarov received the award for his cinematography in Karlovy Vary, and the prestigious Hugo Award. When he returned to Bulgaria and colleagues congratulated him on his success, he just smiled and responded to everyone in his own style with: “Thank you, mame!”

From the very beginning of his film career – from the film Kalin the Eagle by Vasil Haliolchev, through The She-wolf by Rangel Valchanov, and especially after The Goat Horn by Metodi Andonov, Dimo ​​Kolarov has already been announced as the biggest film cinematographer in Bulgaria.

“I worked in the easiest way, so I was wondering how I would be the “best”?!? I was just wondering, but there were moments when I felt I liked my job – I was satisfied, and that was enough! “

The most interesting thing is that The Goat Horn was shot with a socialist “five-year plan” in mind. Few people know that Bate Dimo ​​and Metodi Andonov had plans for another film, when they were obliged to shoot The Goat Horn first, in order to “patch” the plan of Cinematography. The film caused a real sensation. And to this day it is one of the most praised Bulgarian films – both by critics and viewers.

“He shone, and no one recognized him on the street! …”, says one of the former filmmakers about Dimo ​​Kolarov. He was really invisible to the masses. A man on a bicycle passes by, dressed simply, and no one suspects who he is. People recognize the actors, the directors, they know their films, but no one has seen the man behind the camera. And he himself did not like to parade.

For the rest of his life, he remains the boy from Popovo, who dreams of being alone in the cinema and sinking into the world of the screen – the other world in which things happen, but nothing is ever as fatal as in real life, because it is a fiction, a second reality, a film. It’s about art. And it is as if he was born with this native talent to “capture” life in its most expressive details, to turn reality into art.

He had clear criteria for art, which he expressed simply. He said:

“A good movie is art, but a bad movie can’t be art! Hey, people do what they do – a vase and it can be art, it depends on how it’s made!”

There was also a simple formula for his personal life: “I could have children, live like the others, I experienced love – what a love it is! … But I was not interested in being married! My life was work!” 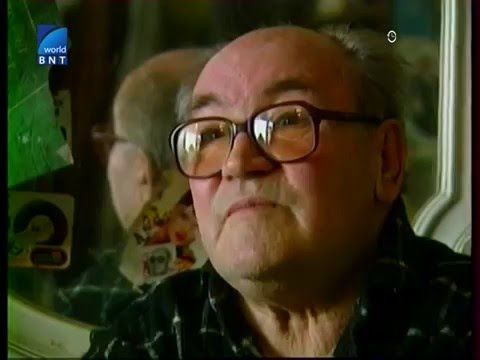 Dimo Kolarov is a winner of many Bulgarian film awards. He has repeatedly been named the best cinematographer in the history of Bulgarian cinema. In his memory was established the National Festival of Cinematography “Golden Eye”, established in his native Popovo in 1998. Quite deservedly, the name of the festival is associated with the achievements of Dimo ​​Kolarov himself, because by all accounts, he is the “Golden Eye” of Bulgarian cinema.

When one thinks about it and looks back in time, one will see how interesting this man’s destiny was. In Bai Dimo’s life “movie” you can “watch” a series of remarkable “shots”: how a poor boy plays in a restaurant, how he washes the floor of the cinema and rubs the plates in a diner with a towel, and then – hop – how he grabs the statuette of “Silver Hugo”. The “American dream” of a Bulgarian boy from Popovo is coming true.

The finale of the “movie” of his life, from the point of view of us, the viewers, is not with a “happy end” – our hero was sad without his work, somewhat lonely, but he himself never complained – he left satisfied with that, in which he found meaning – from the happy moments of memories.

A tribute to the life and work of the best cinematographer and cameraman of all time for Bulgarian cinema – Dimo ​​Kolarov.