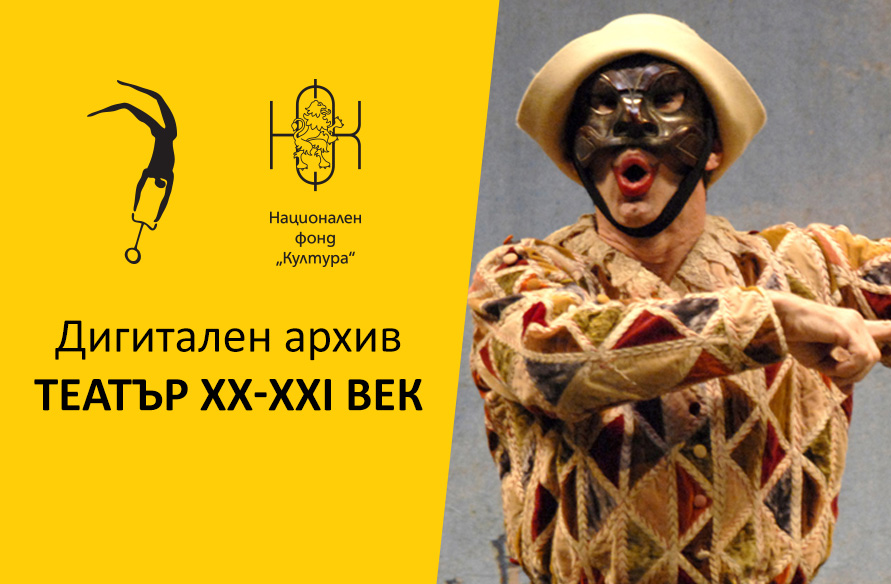 The new project of the Homo Ludens Foundation Digital Archive: Theater XX / XXI century started on March 26. It offers free access to performances of historical value to some of the most significant figures in the performing arts of the past century. The project is a continuation of the digital environment of the traditional column Archive Theater XX century of the specialized magazine Homo Ludens.

The project program consists of a total of 6 titles, scattered in different months. The broadcasts are on the weekends and will be available from this site in the country for 72 hours. All performances are subtitled in Bulgarian. They will be accompanied by additional materials telling about the presented artists and their work.

The broadcast begins on March 26 at 19:00 with a recording of “Harlequin, Servant of Two Masters” – a legendary production of Giorgio Streller based on the play by Carlo Goldoni on the stage of “Piccolo Teatro” in Milan. This show takes place on the occasion of the 100th anniversary of the birth of Streller, named the most important Italian director of the 20th century. The recording will be available until March 29, 19:00.

Between April 30 and May 3, Bulgarian audiences will be able to watch for the first time a recording of Bertolt Brecht’s historical production of his play “Mother Courage and Her Children”, which he staged in 1949 at the Deutsches Theater, Berlin, and since 1954. It plays on the stage of the Berliner Ensemble he founded, where she is filmed. The role of Mother Courage is played by the great actress Helene Weigel.

The program will also feature other famous figures from the world theater such as Jerzy Grotowski, Robert Wilson and others.

The project is implemented with the support of the National Culture Fund.