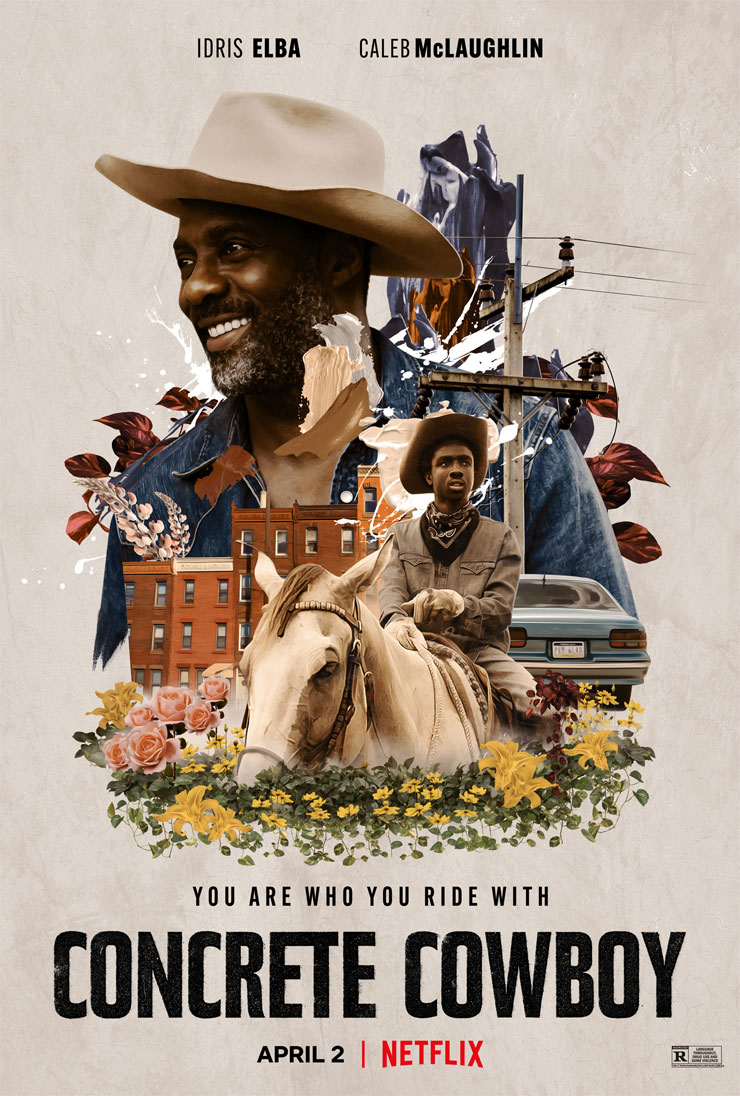 When we hear the words “western” and “cowboy”, we have specific associations with visual aesthetics, a specific time period and expectations of what such a film can be. We are happy to understand that we need to let go of our prejudices and change our perceptions of what a cowboy is because in northern Philadelphia there is a whole club of “urban cowboys” riding with hats and bandanas in the middle of a modern American city with the same the confidence with which those original cowboys in the Wild West did.

We are always ready to learn something new about a way of life that we have never imagined before. That’s why we look with interest at the upcoming film Concrete Cowboy by debutant Ricky Stob. The film addresses many universal themes such as growing up, building identity and father-son relationships but sets the story in the real world of the aforementioned urban cowboys, members of the Fletcher City Riding Club, who use horseback riding as a way to build their community and teach children moral values.

The specific story from Concrete Cowboy tells about Cole, who goes to live with his estranged father, who is part of the riding club. Cole is forced to choose the path he will take when one of his best friends takes the path of urban gangs and petty crime, and his father seems to be more interested in paying attention to all the other children in the community more, than to his son.

The role of Cole is played by Caleb McLaughlin, known from Stranger Things, and as the father, we will see the wonderful Idris Elba.

The trailer makes a pretty good impression on us, as on the one hand, it shows that the father-son relationship will be interesting to follow and will allow us to watch highly emotionally charged scenes between two strong actors. In addition, we see that simply because of the unusualness of the story, we will have the opportunity to watch great innovative and interesting shots related to horseback riding in an urban environment, among cars and concrete.

The film will be released on Netflix on April 2.