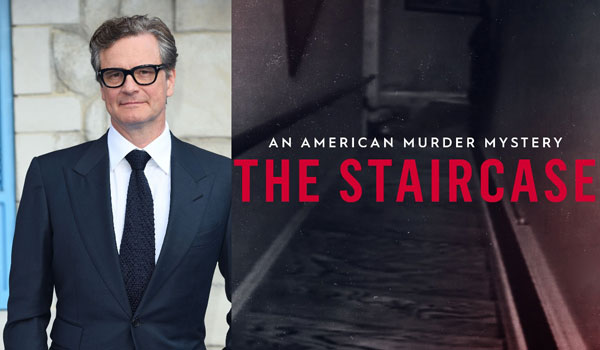 Colin Firth will Star in the Tragic Story The Staircase

Reality is always the most appropriate inspiration for the most frightening tragic plots. Another piece of evidence is provided by HBO Max with the preparation of a crime series about the case of Michael and Kathleen Peterson. If your names sound familiar, it’s because we paid attention to the eponymous documentary series The Staircase, created a few years ago by Netflix. We remind you that this is the suspicious death of Kathleen, the wife of the American writer Michael Peterson. In addition to the documentary series, directed by Jean-Xavier de Lestrad, tons of reports and books have been written on the case.

The dramatization is entrusted to screenwriters Antonio Campos and Maggie Cohn, who will also be executive producers as well as showrunners, and Campos will also be responsible for directing six of the eight episodes. And although Harrison Ford was initially commented on for the role of the main suspect in the murder, the news from a few days ago is that Oscar winner Colin Firth will take his place in the project.

We will refrain from comparisons with other similar roles as “creepy” characters, we will only say that we would be very happy to follow as everything he decides to appear in radiates his charisma, style and class, built over the years. We can’t wait for Firth’s stone face to freeze everyone around him, and Antonio Campos says he has worked on this project on various occasions since 2008:

The path of this idea was long and winding – from the beginning to the opportunity for realization, which they found thanks to the partnership with HBO Max and Annapurna Pictures, which will be co-producers. The incredible Colin Firth is involved in the creation of the series based on such a complex true story.

Newer PostTrailer for The Woman in the Window with Amy Adams, Julianne Moore and Gary Oldman
Older Post Dimo Kolarov – “The Golden Eye” of Bulgarian Cinematography