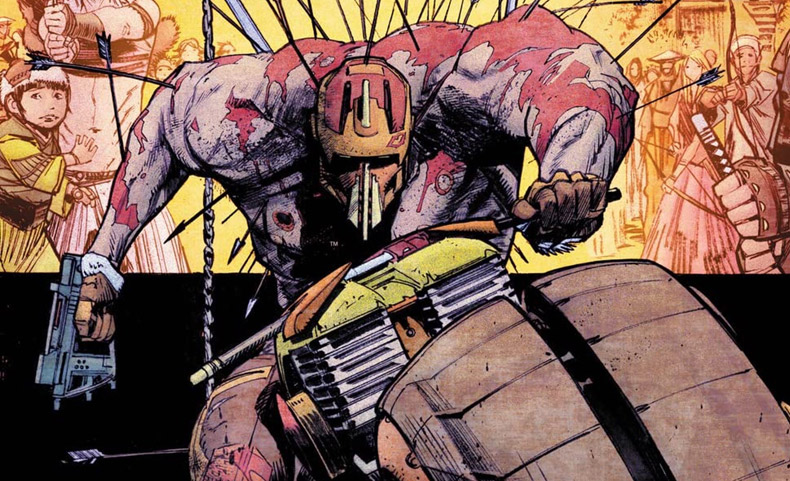 For us, director Cary Fukunaga (Beast of No Nation, True Detective, Maniac) is one of the most exciting, unpredictable and diverse artists currently working in Hollywood. We have liked all his projects so far (to one degree or another), and our curiosity about No Time to Die (which has been postponed for a year and a half) could not be greater.

While waiting for the opportunity to present his Bond to the world, Cary Fukunaga does not stand idly by and is working on several projects – it was recently announced that he will direct episodes of Masters of the Air by Steven Spielberg and Tom Hanks, and now we know about his next feature film, which sounds more than curious. It is an adaptation of the cyberpunk comic Tokyo Ghost, which, to our surprise, despite the title and all the pictures we see from it, is not a Japanese manga, but an original American comic, published in 2016, written by Rick Remender.

Tokyo Ghost tells a story that unfolds in the future – in 2089, humanity became completely dependent on technology and entertainment to escape the harsh realities of its existence. Two police officers, Debbie Dickey and Led Dent, who work as peacekeepers in the Los Angeles Islands, have been tasked with going to the last remaining territory on earth where there is no technology – the Tokyo Garden Nation.

Everything we see as excerpts from the comics seems hellishly impressive to us, quite violent and at the same time with a very richly developed world, as we like our science fiction to be. And while so far Hollywood isn’t doing very well at adapting manga works, here the studio has made the right decision to hire the comic book author to write the script for the film himself. Cary Fukunaga himself has long impressed us with his mastery in building dense and multi-layered worlds in which we can fully immerse ourselves and there is no doubt that he will be able to do it here, especially if he is given a serious budget.

We will certainly follow the development of Tokyo Ghost with interest and share any news, especially when the casting process begins. There are currently no announced start dates for the production.