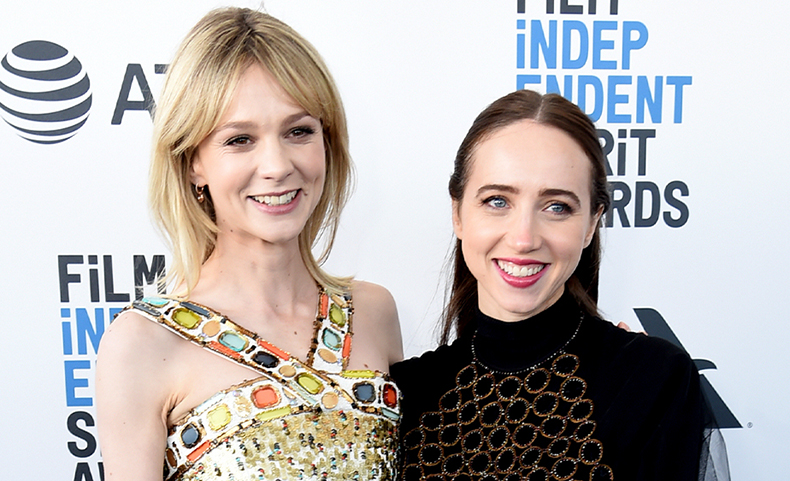 We are absolutely not surprised by the news that a film is being prepared (undoubtedly only the first of many) about the monster Harvey Weinstein and the scandal that shook Hollywood when the articles were first published that revealed to the world what was previously only whispered in the privileged circles of the film industry. Fortunately, the film will not focus on Weinstein himself, namely on the first two journalists who published the exposition against him.

It’s about Megan Tui and Jody Cantor, journalists for The New York Times, who published a series of articles starting on October 5, 2017, detailing Harvey Weinstein’s crimes, the threats he used to swing his influence over young actresses. the bribes, the revenge, and the whole system that had allowed him to get away with his horrific behavior for so many years. After the publication of the articles, the two journalists collected the whole story in the bestseller “She Said: Breaking The Sexual Harassment Story That Helped Ignite A Movement”, in which, in addition to their own discoveries, they tell the enormous pressure they were subjected to while working on the story. One of the most high-profile events in recent years in Hollywood, which continues to resonate to this day, was definitely just a matter of time to be filmed and we are glad that the lead roles will be taken by two great actresses.

These are our favorite Carey Mulligan, who will play Megan Tui and Zoe Kazan, who will play the role of Jody Cantor. Apart from the fact that we like Mulligan terribly, and Zoe Kazan has so far only made a good impression on us in the relatively few roles we’ve seen her in (“The Big Sick”, “The Ballad of Buster Scrugs”), certainly the most exciting of all is that the film is advertised as a journalistic drama, similar to Spotlight and All the President’s Men, which can produce great results. Curiously, the two ladies have already worked together – once on stage in the play “The Seagull”, and then Mulligan starred in the film “Wildlife”, directed by Kazan’s husband Paul Dayno, whose screenplay she co-wrote with him. Apparently, the connection between the two has existed for a long time and has been proven productive, which can only improve their on-screen chemistry.

The film, currently titled “She Said”, will be directed by Maria Schreider (“Unorthodox”), and the screenplay will be adapted by Tui and Candor themselves with the help of Rebecca Lenkiewicz (“Ida”, “Disobedience”). The film will be a production of the promising companies Plan B by Brad Pitt and Annapurna Pictures, which have impressed us many times so far.

We will follow with interest the development of “She Said” – we are sure that there will be a lot of news related to the film, which we expect to enter the center of the award season in the year of its premiere.