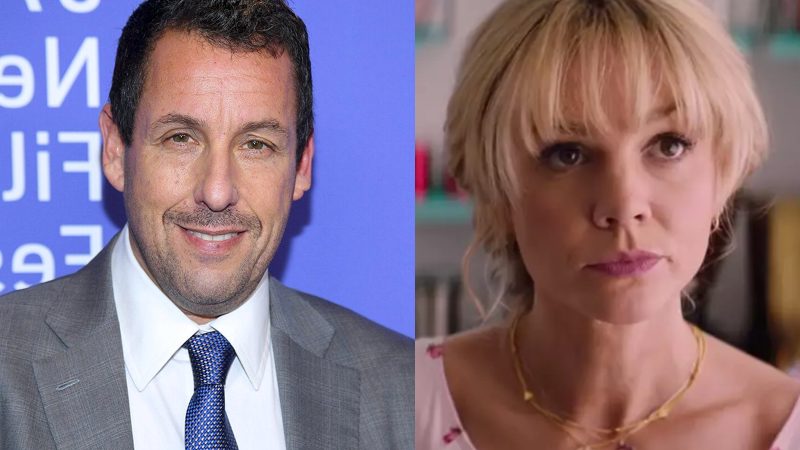 In general, there is little movie news that excites us less and that can make us roll our eyes in annoyance faster than those for Adam Sandler’s new Netflix movie. The man is a legend and we do not deny it, but we also cannot deny that in recent years his collaboration with Netflix has given birth to less stupid movies than we have even seen – their quality becomes very clear when we see them posters and trailers.

Among his silly comedies, however, Sandler manages to star in good films, such as the truly amazing Uncut Gems, and his new Netflix project Spaceman has good promise with the director of the hit mini series Chernobyl, Johan Renck. To this we add a curious science fiction story that seems to explore certain topics, not just Sandler in space. On top of that, we now learn that our beloved Carey Mulligan has agreed to take on the lead female role as Sandler’s wife. The cast also includes Paul Dano and Kunal Nayyar.

Spaceman tells the story of an astronaut (Sandler), who was sent to the edge of the galaxy to search for mysterious ancient dust, while his life on Earth is falling apart. At one point, he begins to hear the voice of an ancient creature hiding on his ship, which seems to be trying to help him fix the mess in his life. The story is adapted from the novel “The Spaceman of Bohemia” by Yaroslav Kalfar.

As we said, Carey Mulligan will take on the role of the astronaut’s wife. Since we are big fans of her and we are well acquainted with her career and role choices, her participation in Spaceman makes us even more curious about the film. For a long time, she has not just played the “woman” of the main character, she chooses only complex and interesting characters who do not fit easily into frames and definitely not those who just cry for their brave male astronaut. We think that the plot of Spaceman will be much more multi-layered than is evident from the brief summary we have at the moment.

We don’t have many compliments to offer for Kunal Nayyar, as The Big Bang Theory only offends our comedic taste. We’re not saying he’s not good, we just haven’t had a chance to look at him in many quality productions. However, Paul Dano is one of the best and most diverse young artists in Hollywood at the moment, and he already worked with Carey Mulligan when he directed her in his rather strong debut Wildlife.

Johan Renck, who will be directing, also makes us think that this will be something very different from “another Sandler comedy” because (hopefully) no one would follow a triumph like Chernobyl with idiocy like Murder Mystery for example.

We will certainly be watching for more news about Spaceman, which is taking shape to be one of the projects for which we are quite impatient, although for now we will keep the level of expectations in moderation. We will listen for the start date of the production, if not for the premiere.