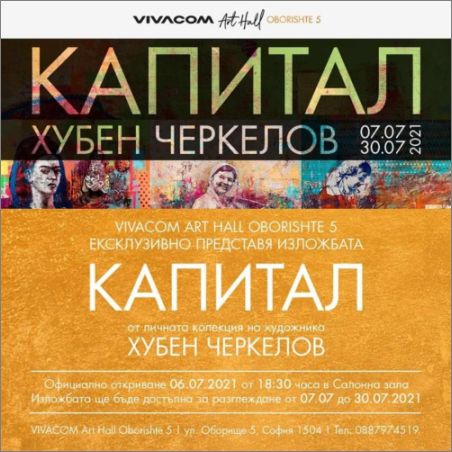 Huben Cherkelov (known as Houben R.T.) was born in 1970, lives and works in New York. A recurring theme in his early photographs, films and installations is the post-communist reality. In his more recent work, Cherkelov painted images borrowed from national currencies using foil and acrylic. His works are on display at the Bronx Museum, New York, the Brogan Museum, Florida, the 54th Venice Biennale and galleries in New York, Boston, Washington and Charlotte. He is the subject of the 2011 documentary “Huben Paints Money” by director Georgi Tenev.

His paintings are visual images of old and various currencies from the United States and other countries around the world. He turns money into objects, into objects, into paintings and portraits, reflecting on the connection between politics, finance, history and art. Captures the spirit of the original.

In his paintings, he uses acrylic and foil on a canvas of cotton or polyester blend to mimic what mints use to print and secure banknotes. Although the images are easily recognizable, they are built on the principles of collage, allowing each picture to acquire unique qualities.

Among the many paintings you can see a sculpture of a head – similar to those that have been popular around the world since time immemorial: a classic realistic image, but it is Darth Vader – 2 dollars from New Zealand, Don Quixote – 1 peseta, 100 pesetas , Cervantes, Benjamin Franklin – $ 100 2020, 2015, George Washington, Mark Twain and many others.

A significant part of Huben Cherkelov’s works are also connected with names important for our art, such as: Ivan Markvichka, Anton Mitov, Yaroslav Veshin, Ivan Milev, depicted on banknotes printed in the 1920s.