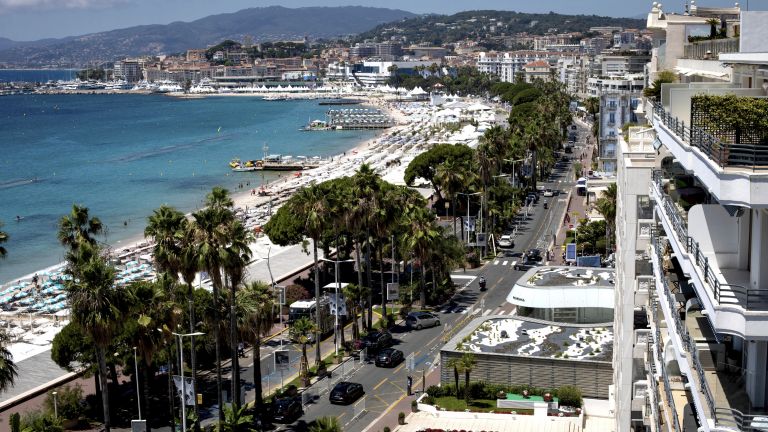 The event will take place under strict sanitary measures – those wishing to watch the movies will have to be tested for coronavirus every 48 hours or show a vaccination certificate. The number of spectators is limited, and in all places related to the festival, wearing masks is mandatory.

The Cannes Film Festival, which usually takes place in May, will run until July 17.

The event opens with the world premiere of the drama “Annette” by French director Leos Carax starring Adam Driver and Marion Cotillard. The film is included in the competition program.

A total of 60 films will be screened in the various programs, and 24 will compete in the main competition for the Palme d’Or. Among the contestants are previous winners such as the Italian Nani Moretti with his film “Three Floors”, the Frenchman Jacques Odiar with “Paris, District 13” (“Les Olympiades”), the Thai director Apichatpong Verasetakul with his first English film ” Memory “.

Iranian director and two-time Oscar winner Asgar Farhadi is also included in the competition program with his film “Hero”.

Another Hollywood star, actor and director Sean Penn, joins the competition with the film “Flag Day”, in which he plays with his daughter Dylan. Penn hopes for a “personal resurrection” after his disastrous performance in Cannes in 2016 with the humanitarian love story “The Last Face”.

The competition program also includes the film “Petrov’s flu” by Russian Kirill Serebrennikov, known for his criticism of the country’s government, which has been banned from leaving.

Four films that will compete for the Palme d’Or are directed by women. Three of them are French women – Julia Ducurno, who competes with her film “Titan”, Mia Hansen-Lev with “Bergman Island” and Catherine Corsini with “Fracture”. The fourth lady in the race is Hungarian Ildiko Enedi with “My Wife’s Story”.

The jury this year includes five women – directors Mattie Diop and Jessica Hausner, actress and director Melanie Laurent, actress Maggie Gyllenhaal, who is also preparing to debut behind the camera, and singer Milen Farmer, and four men – its chairman, the American filmmaker. and the first African-American in the post, Spike Lee, actors Son Kan-ho (“Parasite”) and Taar Raim (“The Prophet”), and director Kleber Mendonza Filho.

The Bulgarian film “Women Don’t Cry” by Mina Mileva and Vessela Kazakova is included in the parallel section “Special Look”. The production is starring actress Maria Bakalova, who made a breakthrough in Hollywood with her role in the comedy “Borat 2”, which earned her an Oscar nomination.

American actress and director Jody Foster, who first walked the red carpet at Croisette as a child, will be honored with the Palme d’Or at the Cannes Film Festival.

A total of over 80 productions (over 120 with those included in the parallel sections) will be shown until the final evening. Then the spy comedy “Agent 117: From Africa with Love” from a series starring Jean Dujardin will be screened, which parodies the James Bond, Fantomas and Pink Panther films shown until the final night.