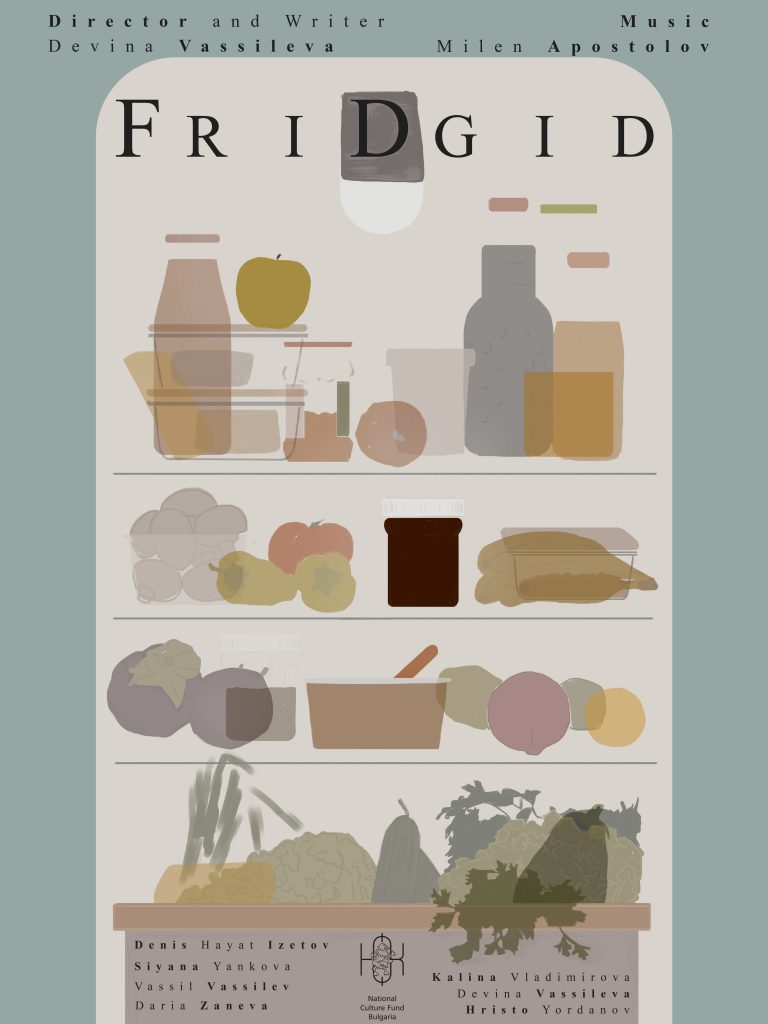 Bulgarian short film FriDgid enters the official selection for the Indie Shorts Awards Cannes. The director of the only production to represent Bulgaria at the Azur coast festival is Devina Vasileva, daughter of popular actor Vasil Vasilev-Zuek as well as actress and director Nina Dimitrova.

Festival Indie Shorts Awards Cannes (March 19-29) is not part of the famous film festival in Cannes. The event is entirely dedicated to short films. Productions that were selected in the program will get the chance to screened at a special event in October. At the festival itself, short films will be presented online and income from every view goes straight to creators.

The winners in every main category get a financial award. Annually the festival provides 5 000 USD and usually supports unknown authors as a way to help future endeavors in their careers.

FriDgid is a debut for Vasileva. The main themes she explores are control and freedom. The action takes place at a single frame — in front of the fridge, as a symbol of the home. It follows the story of several relationships and generations of a family.

FriDgid is financed by The National Culture Fund and is distributed through the online platform NoBlink.